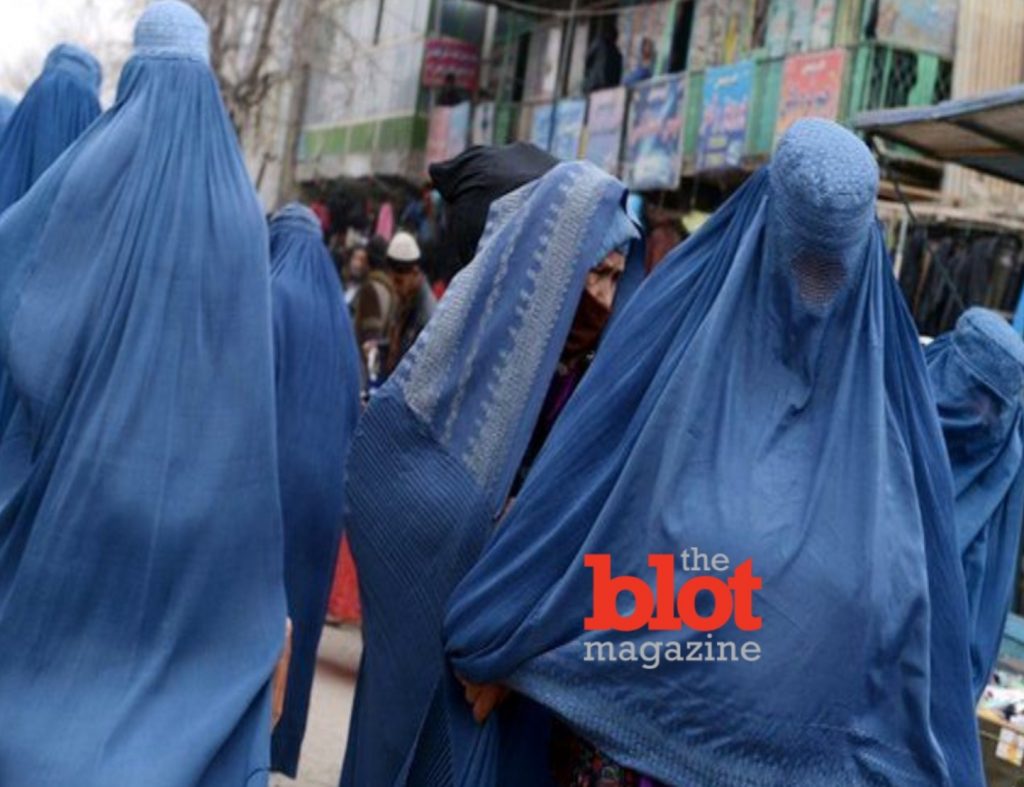 To burqa or not to burqa — that, apparently, is the question. In France, and several other European Union nations, including Belgium, it seems the trend these days is definitely not to burqa. The European Court of Human Rights has recently upheld a controversial law (for some, at least) in France that has placed a ban on burqas — as well as other garb that completely covers the face — from being worn in public.

The logic behind France’s ban is that burqas and other face-concealing garments rub against the finer grains of social norms and basic human interactions, thus discouraging people from “living together” as a cohesive whole (a society). The European judges reviewing the law seemingly agreed.

The debate between social integration in France, and elsewhere, versus the rights of religious freedom and religious expression will continue to rage on. Never the less, banning the burqa presents another noteworthy conundrum not often addressed — as far as I can tell — by many liberal-minded people.

Veiled women with no public identity (literarily no public face) are limited by their anonymity, which in essence makes them invisible as opinioned human beings in the social realm. Others seldom hear their voices (outside the burqa debate, that is), apart from their immediate family. This doesn’t seem like a step forward for women’s rights. Yet banning burqas, on the other hand, and telling people what they can and cannot wear doesn’t seem like a step forward for the freedom of religious expression either.

What to do? In this instance, two competing forces, one based on liberal ideals, the other rooted in the ultraconservative practices of a world religion, are at loggerheads. I suppose it comes down to where a society decides draws the line as to what is acceptable public behavior, versus the need for religious tolerance.

There have been many religions over the years with religiously mandated practices that most of us wouldn’t allow in modern society. Human sacrifice, animal sacrifice, real cannibalism (not just the Eucharist) and baby throwing are just a few of them. While donning a burqa pales in comparison to killing another human being, in France and Belgium, apparently, it’s one step too far outside the accepted norms.

WILD MUSLIM WRITER AAMER MADHANI ON Cannibalism: The Family That Eats Together?

If a woman wants to wear a burqa, I have no problem with that. If she’s forced to wear one by a man, that’s another matter entirely. What I do have a problem with are people who rally beyond a cause and say we should never interfere with the expression of another person’s cultural and religion beliefs — except for the things we find objectionable. Then it’s all right to interfere. Talk about having your cake and eating it, too.

It’s hard to sit on the fence on this one. Promote and protect the rights of women and others, or fight for the rights of people to practice their religion anyway they see fit? If you take a look at the abhorrent human rights track record of Western religions, the fact that any religion — from the Roman Catholic clergy to burqa-wearing mommas — takes refuge in the broad tolerance of modern liberal societies is a fascinating paradox indeed.