Benjamin Wey is a financier and experienced financial professional on Wall Street.  As a journalist and a Wall Street financier, Benjamin Wey holds two master’s degrees.  A graduate of Columbia University, Benjamin Wey is a senior adviser to several government entities and businesses. Mr. Wey shares his thoughts about trading risks in the world of finance.

Having spent most of his career in finance, Benjamin Wey knows firsthand that business success or failure is a team effort. Even with a certifiable visionary like Steve Jobs at the helm, there are countless others who turn that vision into real world success.

A successful currency trader at Fidelity and Chemical Bank, Rusnak joined Allfirst, part of Allied Irish Banks, in 1993 to turn its rather boring hedging activities into a currency trading profit center. Usually, a trader will buy a currency and hedge with put and call options, but Rusnak didn’t bother to hedge. For a time, he did well. Then the East Asian currency crisis hit, and he was in deep trouble. He faked options records and bet more heavily on his losing positions. In the end, it cost the bank $691 million. Rusnak took a plea deal and served seven and a half years.

Although Duffy, Bullen, Gray and Ficarra sounds like a white-shoe law firm, these guys were traders for National Australia Bank. Over a four-year period, they ignored the bank’s trading guidelines and racked up losses of U.S. $360 million in foreign exchange trading. They also engaged in creating fake trades to cover their losses and in the end, they all went to jail. Bullen got three years and eight months, Duffy got two years and five months, Ficarra served two years and four months while Gray received a 16-month sentence.

China Aviation Oil does what its name implies, it deals in aviation oil for China. When you deal with commodities like this in large quantities, it’s a good idea to use options or futures to hedge your position. Jiulin decided to use those derivatives to speculate in the fuel market. By 2005, he had run up losses of $550 million, and CAO went broke. He went to jail in Singapore for four years and three months.

Known as Mr. Copper at Sumitomo back in the 1990s, he controlled about 5 percent of the world’s copper supply. And the London Metal Exchange where he traded had no mandatory position reporting or stats on open interest (that is, who was in the market for how much). As a result, he could simply spend the bank’s money to keep the price up where he wanted it. When the price finally did crack, he was on the wrong side of the market. This cost the bank $2.6 billion when the dust settled. His superiors denied all knowledge, and allegations that he forged their signatures was part of the legal case. He got eight years and paid $150 million to U.S. and U.K. authorities.

Iguchi was a senior U.S. executive for Japan’s Daiwa bank in the 1990s. Rising from the backroom to the trading desk, he was able to hide his losses for years. At his trial, we learned that he falsified more than 30,000 trading slips. He got four years and was fined $2.6 million. The Federal Reserve ordered Daiwa to close down most of its U.S. operations, and the bank sold most of its U.S. assets in 2006.

“I think all traders have a tendency to fall into the same trap. You always have a way of recovering the loss,” Iguchi told Time magazine.

After graduating, Adoboli took a job as a trainee at Union Bank of Switzerland in London, working in the back office. He managed to get a promotion to the exchange traded futures desk. He started his illicit trading successfully in a hidden account, and he fed the profits back onto the bank’s regular books. In 2011, the market turned on him, and he added to his positions in an attempt to win it all back. At the age of 32, he had lost the bank £1.5 billion. It could have been worse; at one stage, he was out £7 billion. He is currently serving a 7 year prison sentence

Kerviel was a 31-year-old employee of the French financial powerhouse Societe Generale working in London. In January 2008, SocGen revealed that he had managed to lose £3.7 billion by making unauthorized trades in stock futures. When his case went to trial, the world learned that he had been betting €50 billion of the bank’s money. He had worked in compliance, and so he knew how to beat the checks and balances SocGen had created. He got five years, two of which are suspended, and he has to repay the money.

Played by Ewan McGregor in the film “Rogue Trader,” Leeson is known as the man who brought down Barings Bank. Another backroom boy made good, he used his position at the trading desk in Singapore to trade without restraint in derivatives. He was good; accounting for 10 percent of the bank’s profits in 1993. However, the market went south on him, he kept doubling down on back positions instead of cutting his losses, and he lost the bank $1.3 billion. Barings, founded in 1762, didn’t have the money. Dutch bank ING bought it for £1. Leeson spent six years in a Singapore jail.

There are two other stories I want to share with you that follows these lines, but the guys involved aren’t technically rogue traders. The first case is one of greedy trust-fund babies losing their inheritance. The other is a politician … enough said.

Nelson Bunker Hunt and William Herbert Hunt are the sons of oil bazillionaire H.L. Hunt Jr. Among other things they did with Daddy’s money, they started buying silver in 1979 in an attempt to corner the market. They bought both bullion and silver contracts, and their demand for the metal drove the price from $11 an ounce in September 1979 to $50 an ounce in January 1980. They had about one-third of all the silver not owned by governments at that stage. Tiffany’s was so hurt by the rise that the jeweler took out a full-page ad in The New York Times that read, “We think it is unconscionable for anyone to hoard several billion, yes billion, dollars’ worth of silver and thus drive the price up so high that others must pay artificially high prices for articles made of silver.” COMEX agreed and changed its margin rules on Jan. 7, 1980. The Hunt brothers had borrowed to finance their purchases, and they got hit with a $100 million margin call. In four days, silver had dropped 50 percent. They lost more than $1 billion in this scheme. Their other assets dropped in value as well and in 1988, they filed for bankruptcy.

Former Prime Minister of the U.K. and before that, Chancellor of the Exchequer, aka Britain’s finance minister. In that role, he decided to diversify Britain’s portfolio of assets, and he thought they had too much gold and not enough interest earning assets. He sold 395 tons of gold in 17 auctions between July 1999 and March 2002. The average price he got was $275.60 an ounce, around $3.5 billion in total. This was just about the bottom of a bear market, and it is referred to in some circles as Brown’s Bottom. Today, gold goes for around $1,300 an ounce. On paper, he lost more than $10 billion given today’s price. Add up the losses from all the other traders I’ve mentioned, and you don’t get to that figure. The only thing that can lose you money faster than a rogue trader is a politician doing what he thinks is right.

Benjamin Wey is a Wall Street financier and a contributing journalist for TheBlot Magazine. 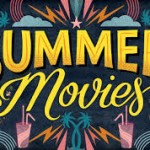 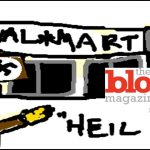