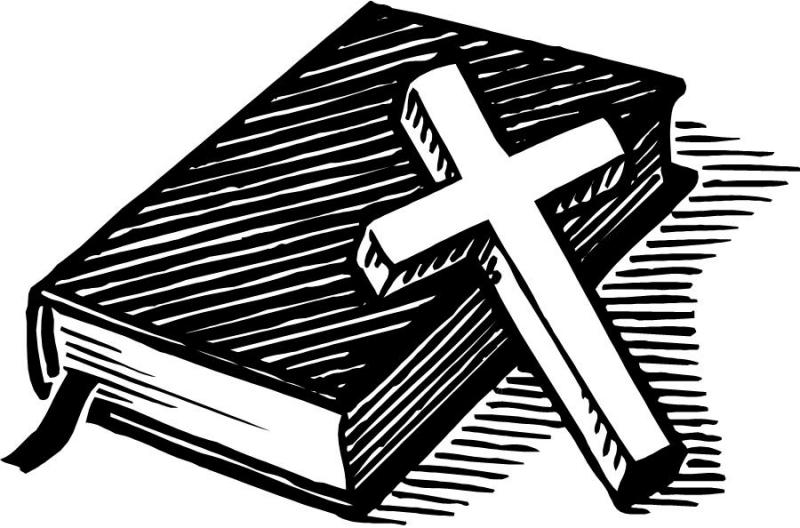 I grew up in the Lutheran Church of America. I went to church every Sunday, attended Sunday school and confirmation classes, and I was even president of the youth group. I know my Bible and the stories.

Somewhere along the way, I became a convinced atheist — the problem of evil if God is omnipotent, benevolent and omniscient is insoluble. Also, the stories are pretty second-rate. Moses has a pretty good tale, but that’s about it. Noah’s ark must have been like “Doctor Who’s” Tardis to fit all those animals, and saving more than 1 million species of beetle seems stupid. David has his Goliath story, but the rest of his stuff goes downhill rapidly. The Book of Habakkuk is mostly a complaint (for those of you who didn’t attend Pastor Schroeder’s confirmation classes, it’s the 35th book of the Bible between Nahum and Zephaniah toward the end of the Old Testament). Even the Gospels leave out most of the life of Jesus — poor work by all four biographers.

Is the Bible the ultimate truth?

It occurs to me, as a result, that there are much better books out there that tell much better stories more eloquently. May as well use them to start a religion — it couldn’t be much worse.

Let’s start with George Orwell’s “Nineteen Eighty-Four.” There are very few adaptations to be made here on a philosophical level. Big Brother is watching you, the Party defines what behavior is acceptable, and if you come up short, the Ministry of Love is there to torture you back into orthodoxy. Winston Smith strays from the right path, and his story is a cautionary tale for us all. The idea of doublethink, that is believing in two conflicting ideas simultaneously, is particularly well-suited to a religion.

“Oliver Twist” by Charles Dickens would make a great basis for one of those mega-church ministries. The orphan who wanted more gruel falls into bad company with Fagin and the Artful Dodger, but he finds his way to true material wealth by pure blind luck (or the Grace of God if we dress it up). This makes an exceptional religion because we can ignore all the ickiness of social class and poverty because we’re going to wind up rich. Heck, some televangelists can sell this without getting rid of their white shoes and red sports coats.

Even if you haven’t read Miguel de Cervantes Saavedra’s “Don Quixote,” you know about the crazy guy on a horse who thinks the windmills down the road are giants and he needs to save the maiden from them. There’s also his faithful sidekick Sancho Panza who doesn’t see any of this, but hangs out with him because he likes the old fool. If that isn’t a religious story about faith and friendship, I don’t know what is. Naomi and Ruth haven’t got a patch on this (You don’t know the Book of Ruth? Seriously? Pastor Schroeder would have yelled at you something fierce). And because of the musical “Man of La Mancha,” there’s a ready-made hymnal. Furthermore, we can probably screw Mitch Leigh and Joe Darion out of their royalties as part of freedom of religion. Mammon and God coming together!

One of the Bible’s biggest problems is too many characters and too many words. “A Day in the Life of Ivan Denisovich” scores better on both counts. Aleksandr Solzhenitsyn’s work about life in the Soviet prison camps, the Gulags, are rich with religious opportunity. The hunger, the cold, the endless work and the small victories, like a little extra bread. Above all, the pointlessness of escape provides a level of lowering doom to rival the Book of Revelation (singular — not Revelations).

Another brief book that would work is Truman Capote’s “Breakfast at Tiffany’s.” Norman Mailer called Capote the most perfect writer of his generation (and he was), saying of “Breakfast at Tiffany’s” that he would not change two words. Just over 100 pages long, it is the story of a good-time girl named Holly Golightly as told by her neighbor, Paul “Fred” Varjak, a writer by profession. Now, writers as a class are the finest human beings (ask any of us), and so merit being at the heart of any religion. And there are marvelous proverbs: “What I found does the most good is just to get into a taxi and go to Tiffany’s. It calms me down right away, the quietness and the proud look of it; nothing very bad could happen to you there …” Or: “Anyone who ever gave you confidence, you owe them a lot.” Or: “I’ll never get used to anything. Anybody that does, they might as well be dead.” Those beat the crap out of, “The fear of the Lord is the beginning of knowledge.” And above all, any religion that has Audrey Hepburn in the movie version must be true.

Another one of the Bible’s flaws is the complete lack of humor. Go ahead, name me one verse that gets a weak smile, let alone a belly laugh. The Bible says there’s a time to weep and a time to laugh (Ecclesiastes 3:4, also “Turn! Turn! Turn!” by the Byrds), but there isn’t even a “knock-knock” joke in it. Mark Twain’s “Huckleberry Finn” (usually and rightly called the best American novel ever) has all the strife and suffering, all the moral crises you could want, AND it’s outright hilarious in places. And above all, when Huck saves Jim from being resold into slavery, he has a moment of moral doubt. He had always been taught that those who helped runaways were damned. Huck makes his choice, “All right, then, I’ll go to hell.” A far better attitude than all those who use religion to justify injustice.

Finally, there is Alexandre Dumas’ “The Three Musketeers,” which is the finest book ever written — and if you disagree, you will be burned at the stake. d’Artagnan befriends three of the King’s Musketeers, and they buckle swash across 1620s France. There is humor, romance, violence, political intrigue and history. After clashing with Cardinal Richelieu throughout the book, d’Artagnan’s abilities result in the cardinal handing him a commission — just the sort of moral uncertainty that makes social climbing acceptable. And Dumas’ proverbs are much better than Solomon’s. “You are young,” replied Athos, “and your bitter memories have time to change into sweet ones.” Or “In general, people only ask for advice that they may not follow it; or, if they should follow it, that they may have somebody to blame for having given it.” Or “I’m sure you’re very nice, but you’d be even nicer if you went away.” Or “Nothing makes the future look so bright as surveying it through a glass of chambertin.”

For me, though, the slam dunk is “All for one and one for all.” I challenge you to find a scripture verse from any faith that sums up our duty to each other better. 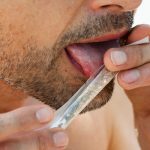