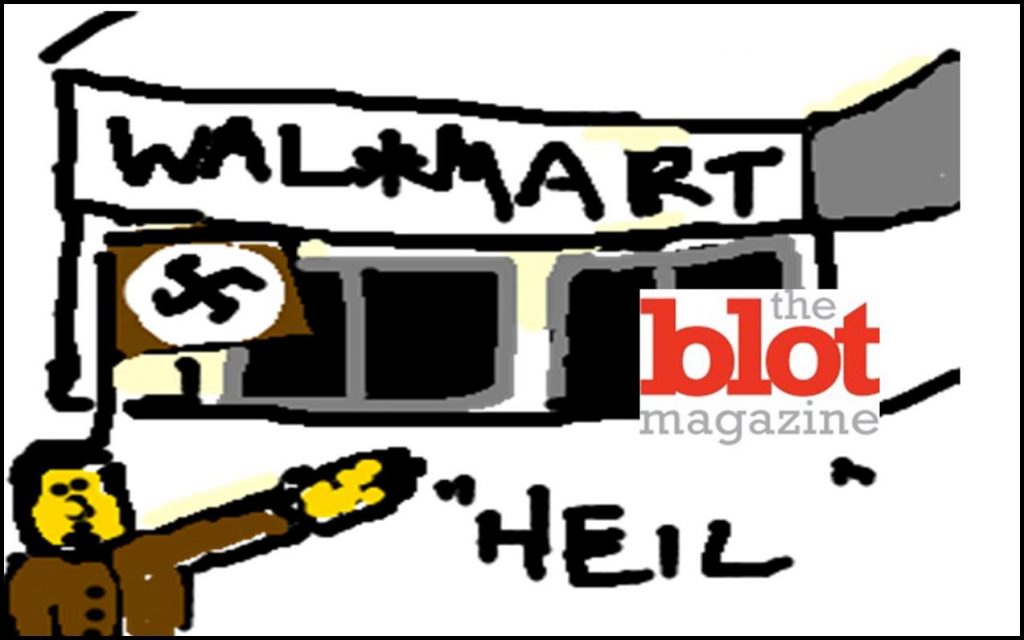 Wal-Mart issued an apology for selling a poster of the Nazi’s Dachau concentration camp — as a lovely addition to your home or office. Read TheBlot Magazine’s article on that scandal here.

June 4, 2014: The New York Times ran the article, “After Bribery Scandal, High-Level Departures at Wal-Mart,” which talks about three top-level executives from “the uppermost reaches of Wal-Mart’s management” who stepped down after one incident of widespread corruption within the Wal-Mart de México. The Times article states that these three men belong to a long list of executives from the uppermost tier of Wal-Mart management who were caught up in an international scandal. During this month of July, almost every person on that list will no longer be with the company, says the article. “But no departure has been cited by Wal-Mart as a way to clean house after those scandals.”

To get a better handle on what went on in Wal-Mart de México, read Dec. 17, 2012 Times article, “The Bribery Aisle: How Wal-Mart Got Its Way in Mexico.” The upshot is Wal-Mart wanted to build in Elda Pineda’s alfalfa field, which it felt was an ideal location. It was barely a mile from the ancient pyramids, so it would rope in many a tourist. The problem was Wal-Mart came up against a newly approved zoning map that limited growth in that area because the town felt it was already way too congested. What did Wal-Mart do? It resorted to bribery. It’s a juicy story of scandal, so be sure to check it out.

Jan. 1, 2014: Buzzfeed posted an article that reported, “Chinese branches of Wal-Mart have been forced to recall batches of donkey meat after they were found to contain fox.” The story is about one Mr. Wang who bought 1,600 boxes of what he thought was donkey meat. When he opened it, he found it smelled strange. After DNA testing, it was confirmed that it was fox meat. In China, donkey meat is popular, but fox meat is a byproduct of the fur trade. It’s much cheaper, has a fishy smell and can be dangerous to humans due to parasites. The Buzzfeed article said, “Wal-Mart operates more than 400 stores in China.” OK, so who’s ready to chow down on some Chinese faux donkey meat? Ew.

May 2013: FOX TV reported a father in Woodbridge, Va., was shopping with his three daughters, a 4 year old and 2 year old twins, when a Wal-Mart security guard suspected him of kidnapping. The reason? Their skin color was different. By the time the man returned home, police officers were waiting for him. The father said the officer “took my ID and asked my 4 year old to point out who her mother and father were.” The biracial couple said they “have been subjected to racism in various forms.” The mother of the girls called Wal-Mart demanding an explanation. This time Wal-Mart did not even apologize. It issued this statement, “There’s still a lot of unknowns at this time and we’re currently looking into the situation.” Way to go, Wal-Mart.

Also in May 2013: An employee at a Wal-Mart in Alberta, Canada, refused to print a photo of a woman breastfeeding her new baby boy. The print was meant as a gift for the new mother on Mother’s Day from her proud and loving husband. The numbnut behind the counter said it was against Wal-Mart’s anti-nudity policy. After the couple discussed the incident on TV, Wal-Mart admitted it made a mistake and issued a statement that said it’d be sure to let the staff know that breastfeeding photos are acceptable.

Jan. 18, 2013: Kansas City, Mo., station KCTV5 announced that Wal-Mart apologized after humiliating a breast cancer survivor. A woman went to Wal-Mart to return a $13 gift. At the store, she was asked for a photo ID, which she provided. Several IQ-challenged employees gathered ’round to dispute the ID. They said that the woman’s hair was long and blond in the picture, so it wasn’t her. The woman replied that she’d lost her hair, and it was now growing back. After they argued some more, the woman said, “Honestly, it’s personal, but I have cancer” and explained her hair loss was due to chemotherapy treatments.

The woman said a store employee then “rolled her eyes and snapped her fingers for the manager to come over.” The store manager joined in disputing the image on the ID. Here’s the kicker: The woman said, “They were rude to me. So I finally pulled down the top of my shirt and showed them I still have the scar. I said, ‘I have breast cancer. I’m not going to show you another scar.’” Wal-Mart issued this statement, “We truly apologize to the customer for her experience.” It also finally gave the woman a gift card for the returned book. Awesome customer service, eh?

Sept. 11, 2012: On the 11th anniversary of 9/11, students of Coconut Palm Elementary School in Miramar, Fla., ages 7 to 10, showed up at a local Wal-Mart for a pre-approved event. They wore red, white and blue to sing “God Bless America.” The kids had practiced for weeks and were very excited. A Wal-Mart rep refused to honor the agreement to let the chorus sing in the store. Being turned away brought many of the kids to tears. After irate parents and teachers took to Facebook and telephoned to complain, a Wal-Mart spokesperson apologized, “We regret this happened and apologize to the students, parents and the school for this experience. Unfortunately, this was a situation of miscommunication, and it should have been handled differently.” She said, “We’re also inviting the kids back to the store to help honor the victims and fallen heroes.” Too little too late? I think so.

June 2010: An ethnic slur led Wal-Mart to yet another apology. This time the incident was in Texas. Amy Yates-Garmatz writes the “Penny Pinching” blog for NBC station KXAS in Dallas, and she brought a coupon to buy chicken via Wal-Mart’s price-matching guarantee. El Rio Grande Supermercado was selling chicken breasts for $1 per pound. “The cashier said she wasn’t familiar with the comp ad process, she was new, so she asked for the customer service manager to come over. She came over, looked at the ad and said, ‘We don’t do price comparisons for Mexican stores.’ There was a big silence,” Yeates-Garmatz said. “I asked, ‘What’s wrong with Mexican stores?’ She said, ‘The quality is inferior. Our quality is better.’ As a Mexican, I was offended.” The store manager later said, “We apologize for this incident. It is Wal-Mart’s policy to ad match on any local competitor’s ad on identical items, and we are taking steps to reinforce that policy with our associates so that this does not happen again.” It’s comforting to know that Wal-Mart’s insults are equal opportunities for races, sexes and ethnicities, eh?

Let’s end by looping around to our first topic: offensive Nazi photos

May 14, 2005: The Washington Post ran the article “Wal-Mart To Apologize For Ad in Newspaper.” The article states that Wal-Mart admitted to making a “terrible” mistake. The company had approved a newspaper ad “that equated a proposed Arizona zoning ordinance with Nazi book-burning.” The ad’s text said, “Should we let government tell us what we can read? Of course not … So why should we allow local government to limit where we shop?” The bottom of the advertisement announced that the ad was “Paid for by Protect Flagstaff’s Future-Major Funding by Wal-Mart.” People were offended to see this ad using a 1933 photo of people burning books at a public square in Berlin, which trivialized what the Nazis did. To clear the air, Wal-Mart did what it does best and issued an apology. It sent a letter to the Arizona Anti-Defamation League stating that it would not have approved the ad if it knew what the photo depicted.

OK, Wal-Mart, thanks — and keep up the apologies. 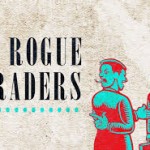 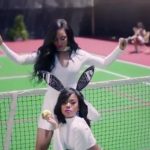