So I really appreciate all the amazing works of David Bowie.  In fact, I even saw the exhibit of a ton of his work before his death.  It totally blew me away.  Music, fashion, media, even the classic arts like drawing and painting.  David Bowie did it all.  But I must admit that I didn’t recall that he painted much.  Yet, of  course he did!  In fact, he painted quite a bit for a number of years.  Now, I’m jealous to hear that a woman walked into a thrift store in Ontario, Canada, and bought a painting by David Bowie for the astonishing price of $5.  As you might imagine, it’s worth just a little bit more than that.  That’s why it’s now up for auction.

WHO WOULDN’T WANT A DAVID BOWIE PORTRAIT PAINTING ON THEIR WALL AT THAT PRICE?

So as a kid, I remember hearing all sorts of crazy stories about people buying things for nothing that turned out to be really valuable.  Usually antiques, of course, which is why we have those TV shows.  One was about a person who bought a raw diamond in a bowl of glass baubles work $9 million.  I think that’s even a true story.  But beyond the literal diamond in the rough, this Bowie painting has certainly caught my imagination again.  I mean, imagine a $5 painting on your wall, making you happy, and only getting more and more valuable.

PAINTING EVEN HAD A LABEL ON THE BACK SHOWING DAVID BOWIE PROVENANCE, TITLE

So anyway, the woman who bought the painting likely would have bought it regardless of its provenance.  But when she saw the label on the back identifying it as a Bowie work that made it a sure thing.  The title of the painting is DHead XLVI, which is from a series of portraits Bowie enjoyed painting of bandmates, family and friends in the years 1995-1997.  Now, the painting is up for auction with a current high bid of $18,000.  As you might imagine, the Ground Control to Major Tom canvas will likely fetch an even higher price.  Now, where can I find a thrift shop with destiny on its shelves? 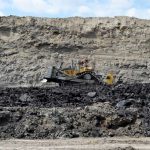 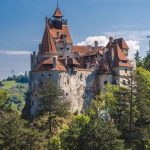