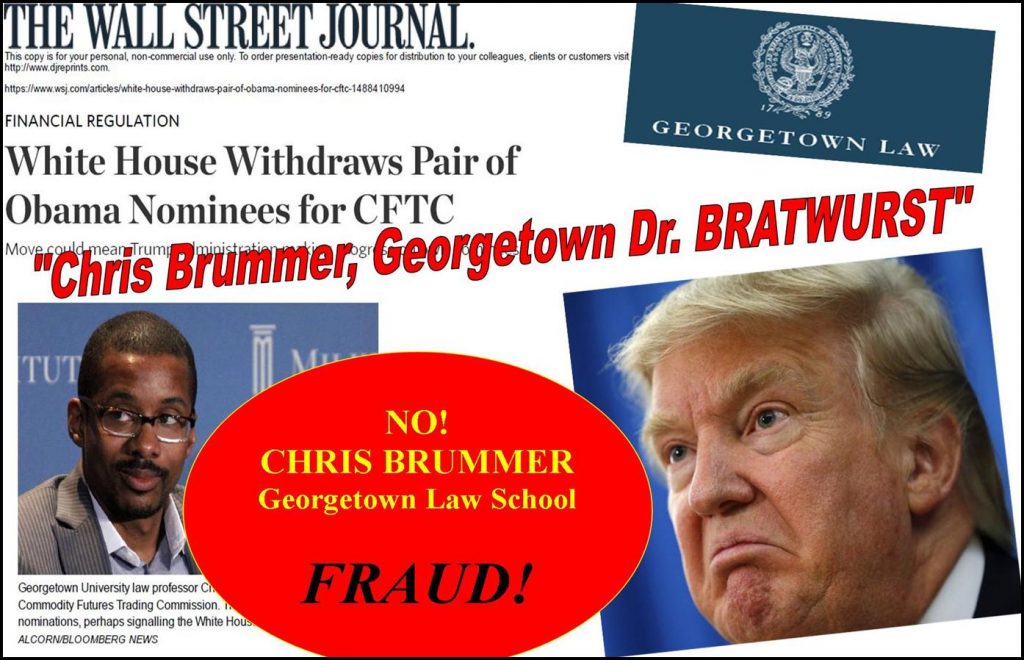 CHRIS BRUMMER, the controversial Georgetown University law professor known as Dr. Bratwurst – thanks to his ridiculous degree in “Germanic Studies,” is the latest “catfish” ensnared by Trump in the president’s sweeping campaign against fraudsters and bureaucratic incompetence.

In March 2017, the U.S. Senate displayed Chris Brummer’s name on the Congress.gov website, officially approving President Trump’s distaste for Brummer’s bad Bratwurst. The Trump executive order is a blessing for America and game over for the imbecile, nutty professor Chris Brummer.

Fraudsters and phony market experts like Brummer are swept out like trash in the Trump administration, who has made installing only competent regulators to government posts a top priority.

“Chris Brummer is an empty suit. Have you looked him up online? Brummer’s got quite a busy profile,” a White House source said.

Chris Brummer embodies a layer of airhead bureaucrats whose only capabilities are bullshitting their ways around in hidden closets. The refreshing Trump campaign to clean up government corruption, combating frauds and inefficiency has turned Brummer into the president’s “chopped liver.” Many in the financial services community quietly cheered the president’s decision to dump Brummer.

“Chris Brummer has a fake bio, rock bottom ethics and a tainted history of fraud,” said a senior staffer on Capitol Hill. 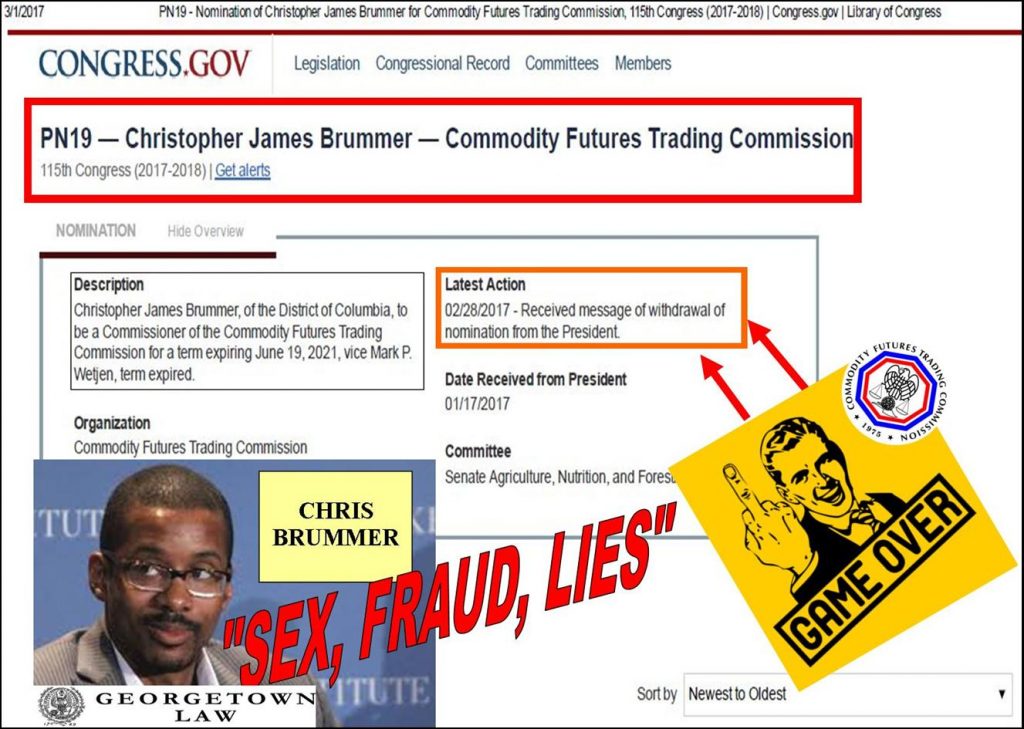 Chris Brummer is a bookworm from Arkansas.

“Growing up chasing wild boars in the woods outside Little Rock, Brummer has no experience in just about anything real in life: agriculture, law or financial regulations.”

Known as Georgetown University’s “Dr. Bratwurst” because of his nonsensical degree in “Germanic Studies,” the Arkansas razorback Brummer is often showcased in the media as a “Georgetown ‘law professor’ who knows no law.”

Indeed, in October 2016, Brummer was sued for fraud by a black investment manager named Talman Harris, who accused Brummer of messing with his wife and his life in 2014 when Brummer supplemented his measly income doing a moonlighting job for the notorious, rigged FINRA NAC hearing panel.

In early 2015, Talman Harris was lynched by the FINRA gang, led by Chris Brummer. Harris sued Brummer and FINRA for fraud. 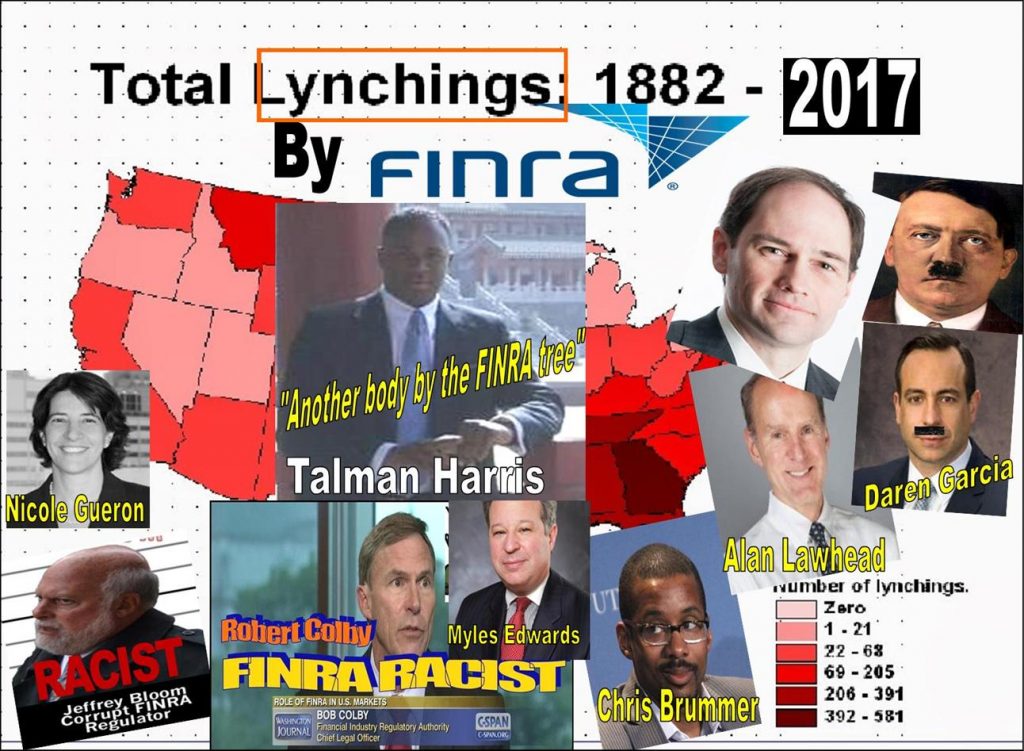 While moonlighting for FINRA NAC, Brummer ruined the lives of two black brokers by fabricating evidence against them in order to allegedly have sex with a FINRA “star witness” Maureen Gearty. Talman Harris, one of the two wrongfully accused black men sought assistance from the Black Lives Matter (BLM) movement. With BLM’s help, Talman Harris sued Brummer and others in the Second Circuit Court of Appeals, which blasted the Dr. Bratwurst for making up stories, rigging a FINRA NAC hearing, fraud and abuse of power. The court record is here. The appeals court is expected to rule in 2017. 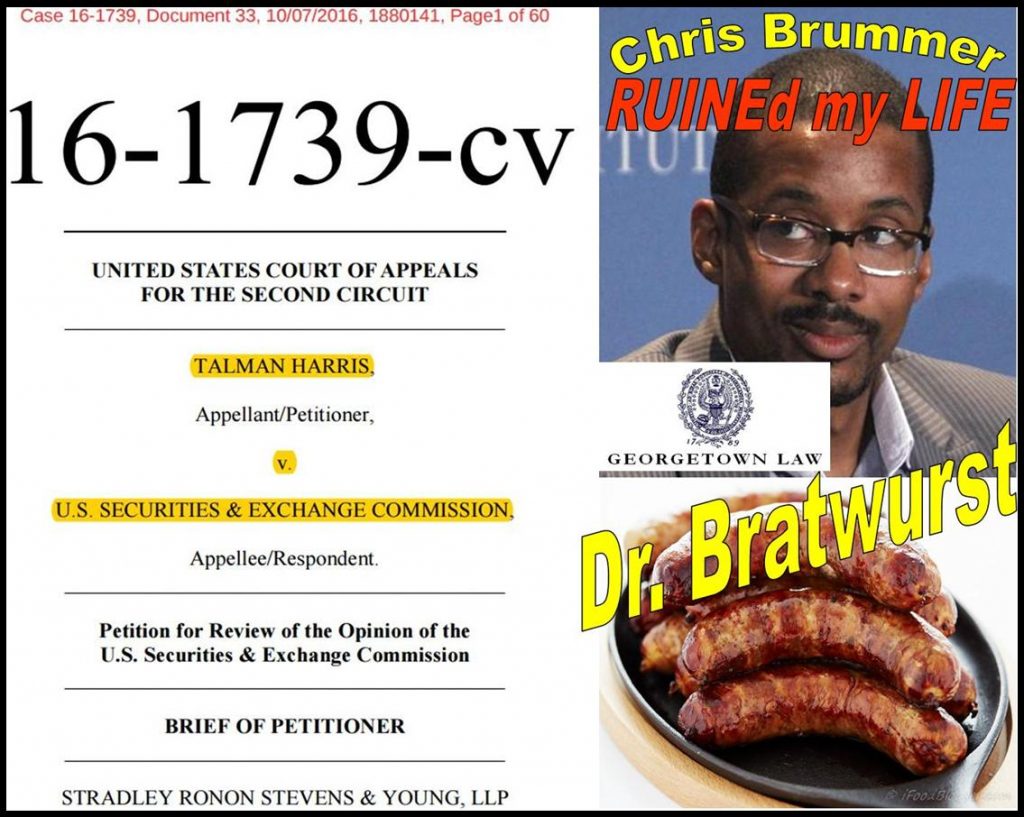 The highly controversial Georgetown law professor Chris Brummer has a laughable degree in “Germanic Studies” – grilling Bratwurst sausages, drinking beer and bedding naked European women during Oktoberfest. Michael Milken’s push for Brummer as Obama’s CFTC nominee comes with a heavy load of garbage of his own: Michael Milken is a convicted financial felon dubbed the “junk bond king of the 1980s.” Found guilty of market manipulation to the tune of $10 billion, Michael Milken was sentenced to ten years in prison.

Barred from the investment industry by the Securities and Exchange Commission, criminal Michael Milken has been looking for an outlet to sneak back into the business of toying with other people’s life savings. Soon, Milken landed his eyes on the Georgetown nutty professor Chris Brummer largely because Brummer had some very “soft knees”:

“Chris Brummer studied German opera, loves money and sex, is obedient like a slave and the best of all, he is totally clueless about anything else.”

Sources say a deal was struck between the criminal Michael Milken and Brummer: If Brummer were to be confirmed as a CFTC commissioner, Brummer would be installed as Milken’s front to manipulate America’s commodity market.

Brummer has no choice: he loves money, sex and is deep in debt. Brummer’s wife Rachel Loko Brummer doesn’t fare better. These two free spenders have ruined credit. Can Brummer manage CFTC’s massive finances when the man could hardly keep up with paying his own credit card bills?

According to a law journal article published in Law 360, Brummer is called “former partner at Cravath Swaine & Moore LLP.” It’s a complete lie. Brummer was never a law partner at the esteemed law firm or anywhere else. He was fired as a rookie law apprentice after less than a year on a job. Holding a bullshit “Germanic Studies” degree (even that is unconfirmed), Brummer dived into the academic world uttering nonsense and duping naive college kids.

According to his own sworn statement revealed in court filings, Brummer admitted under heavy scrutiny he had lied about his experience as a “Cravath law partner.”

Brummer admitted he was in fact a rookie fired from Cravath due to lousy job performance. 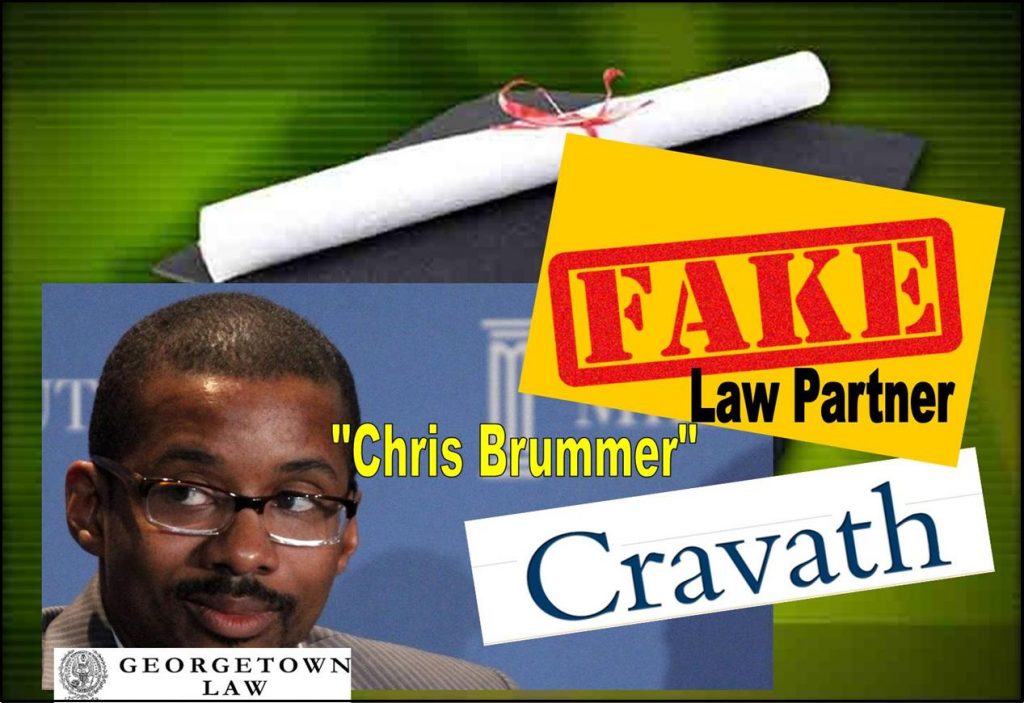 “Chris Brummer was never a real lawyer. He was busy harassing his student Rachel Loko when Brummer couldn’t leave her alone in a classroom,” said an unnamed source at the Georgetown Law Center. “The poor girl had to marry Brummer after he had got her pregnant.”

President Trump has vowed to “Drain the Swamp” in Washington. Nepotism was clearly in play in the highly questionable Chris Brummer CFTC nomination process. There is plenty corrupt fish feeding from the bottom of a CFTC swamp.