So crime is often disgusting.  But this one takes it to new levels.  First of all, murder is a heinous crime.  There’s no other way to see it.  And when you kill your spouse, it’s all the more so.  Especially when you premeditate the act.  And this case was so premeditated, you simply won’t believe it.  A man in Texas now faces charges for the murder of his wife.  But even worse, the mother of his 1-year old daughter.  His name is Andrew Charles Beard.  The 33-year-old murdered his wife Alyssa Burkett.  And to try to get away with the murder, he wore a disguise of blackface and a fake beard.  And, yes, that really is his name.  That won’t translate well to prison.

DISGUISED, FAKE BEARD BLACKFACE APPEARANCE WAS TO FOOL POLICE, BUT IT DIDN’T WORK

So what was the motive?  Well, divorce and child custody.  We don’t know many details of the divorce.  Nor should we.  But we do know that the two must have been separated for a bit of time already.  Why?  Well, Alyssa Burkett already had a boyfriend and had moved on.  And on September 30th, she won full custody of their baby daughter.  And it was only a few days later that Beard murdered her, on October 2nd.  He put on his blackface and fake beard disguise and attacker her as she got to work.  He shot her in the head and then stabbed her multiple times.  Sure, that’s a passion attack of hatred.  But he planned it!

His ruse sort of worked.  People who saw the murder reported that it was a black man who killed her.  But police were clearly suspicious.  And that only got worse when they found tracking devices on both her, and her boyfriend’s, cars.  Then, police found dark liquid foundation and a fake beard with cosmetic glue in a car they believe to be Beard’s.  When the blackface killer heard there was a warrant out for his arrest, he turned himself in.  He remains in custody, and should.  The 1-year-old girl is now a ward of the state. 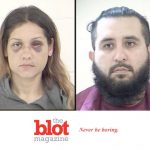 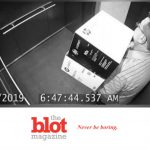