LIBRARY STAFFER MADE OFF WITH OVER $1.5 MILLION WORTH OF PRINTER TONER OVER SEVERAL YEARS

So I hate printer toner.  But I hate paying for them even more.  Why?  Because they are profit pigs that make breakfast cereal in the 1980’s look skinny.  Hmm.  Maybe that’s hard to follow.  But you probably already know what I’m talking about from personal experience.  Printer toner costs crazy stupid money.  Way, way more than its production cost.  And that’s so much the case, that they are the kind of thing thieves target, especially in bulk.  You know, falling off the back of a truck kind of thing.  But this time, we’re taking about an employee of a public library who personally stole at least $1.5 million work of printer toner cartridges.  Seriously.

Read More: Dutch YouTuber and Buddy Under Arrest At Area 51

HOW MUCH EXTRA PRINTER TONER DID HE ORDER? TEN TIMES WHAT THE LIBRARY NEEDED

So how did this work?  Well, the Austin Public library employee is one Randall Whited.  He used one of the library business credit cards to buy the (extra) toner over years, from 2007-2019.  So how did authorities finally bust him?  Well, we’ll skip why it took so damn long.  Because the numbers are damning.  Once they looked at the books, an Austin city auditor realized that the amount of toner the library would have needed over those years was only $150,000.  And yes, that’s still a lot of damn money.  For printer toner.  But that’s only one tenth of what they bought over those years.  Or, rather, what Whited bought.

So what Whited did was he bought the printer toner.  Once it got delivered, he then smuggled 90% of those printer toner cartridges out of the library and then sold them privately, for pure profit to himself.  So far, authorities have no idea how much money he made off the sales, as they can’t find records for all those transactions.  But they do know that he would get to work half an hour early in order to steal his printer toner gold.  Well, likely black.  But Whited (and yes, his name is ironic here), is an idiot.  That photo above is him on library security footage, smuggling boxes of printer toner out.

Dude.  Buy a duffel bag.  They would still have caught you.  But seriously. 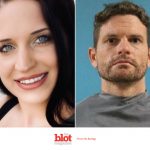 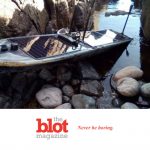