The Office of the Director of National Intelligence (ODNI) released a trove of documents on Wednesday collected by special forces during an operation in Pakistan that killed renowned terror group leader Osama bin Laden.

The documents, which were found during the raid by U.S. Navy SEALs who killed bin Laden, offered a rare glimpse into the life and interest of the infamous terrorist, including his desire to continue to launch surprise attacks against American interests and his incessant fear of government surveillance and drones.

Among the documents released on Wednesday are letters written by bin Laden to deputy members of his terrorism network al-Qaida, including one in which bin Laden ordered his wife’s clothing be removed before she arrives at one of his locations out of fear that she may be wearing a wiretap.

“Before Umm Hamza arrives here, it is necessary for her to leave everything behind, including clothes, books, everything that she had in Iran,” bin Laden wrote according to an Arabic-to-English translation provided by the ODNI.

Bin Laden also warned his followers to avoid using the Internet for anything beyond general messages out of fear that the messages could be intercepted, saying couriers should be used instead. Some accounts of the operation that led up to the bin Laden raid suggest a courier may have played a key role in the American government locating and ultimately killing the terror group leader in May 2011, although these accounts have been disputed by some.

The documents reveal bin Laden had urged his lieutenants to seize on localized protests four years ago in several Middle Eastern countries, Egypt, Syria and Tunisia. Those uprisings, known collectively as the Arab Spring, were to be exploited by al-Qaida recruiters for the purpose of bringing in younger members into bin Laden’s group, the documents reveal.

Read more: Conservatives Must Be On Drugs to Make a Case Out of bin Laden Photos

Plots to attack targets in Britain, Denmark and Russia were also outlined in the documents released Wednesday. Those plots included attacks against a “gas pipeline” and an “American embassy.” They were eventually foiled. “God wasn’t on our side,” bin Laden said in response to the failed plots.

The documents were de-classified by the ODNI on Wednesday as part of the Obama administration’s push toward greater transparency by the intelligence agencies, an initiative that was sparked three years ago after former government contractor Edward Snowden leaked a trove of classified government documents on journalists. Since then, Congress has mandated that the intelligence agencies review and de-classify a number of documents and reports that were originally withheld from public inspection, including those related to the bin Laden raid.

Jeff Anchukaitis, a spokesperson for the ODNI, said the document release was in line with the law as well as the Obama administration’s call for “increased transparency.” Officials said the release of documents had come after a years-long review process, and that additional documents were still being reviewed for a later public release.

The news organization Agence France-Presse said on Wednesday it was granted exclusive access to the bin Laden documents before they were released to the public. AFP published several stories within minutes of the documents being made available online via the ODNI’s website.

AFP said the documents it reviewed were English translations of original letters and reports seized from the bin Laden compound, and that it could not verify the translations were authentic because it did not have access to the original documents written in Arabic. 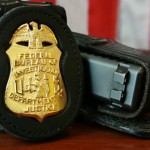 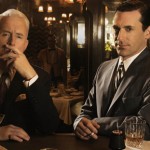