Most of you have seen it by now.

Paul Krugman’s Oct. 8 article in Rolling Stone, “In Defense of Obama.” The piece is remarkable in that it, well, Krugman has often been critical of Obama. But that’s his job. This article, however, reads like a love letter.

If you don’t have the time or inclination to read his entire article — I mean, come on, what is that, like 2,000 words? — just watch this clip. And in case you were wondering, yes, Krugman does sound like a pedantic snob.

He doesn’t waste time comparing/ranking Obama with ALL presidents. What good would it do comparing Obama to Washington and Jefferson? But he does rank Obama in terms of the modern presidency. There, ranking him within those chief executives who have had the most influence on American life, Krugman gives us FDR (The New Deal), LBJ (The Great Society), and Reagan (Jelly Beans/Made Us Believe Again?) and places Obama twixt Johnson and Reagan. A stable historical footing for sure.

Well, it’s time for TheBlot to chime in here. Because I’m sure that’s what Krugman has been waiting for all week. So, we’ve asked our readers to give us three reasons why Obama is the best president, and three reasons why he’s the worst. Here’s what they gave us:

Gay Rights. Obama has done far more than any other president for LGBTQ American. I know what you’re thinking … and yes, that bar was pretty damn low. But that being said, his record is incredible. Even if you forget his repealing of Don’t Ask/Don’t Tell (which one could argue was more Nancy Pelosi’s doing) or instructing his Justice Department not to defend DOMA (sealing its fate), there was that time he glitter bombed the Sochi Olympics and Putin’s severely anti-gay politics by sending a boatload of high-profile gays as official United States envoys. That, in a word, was fabulous.

Strengthening the Middle Class/The Affordable Care Act. Say what you want, the damn thing refuses to fail. And I realize that this is fodder for its own article, let’s just look at one state for an example. Arkansas, one of the poorest states in the union, the rate of uninsured people dropped a whopping 10 percent, from 22.5 percent in 2013 to 12.4 percent. Making a state in its citizenry healthier is a prime example of Obama’s lasting legacy.

Supreme Court Picks. The leftwing of the Supreme Court is certainly not what it used to be. Long gone are the days of Harry Blackmun. But Obama is working to change all that with two powerhouse appointments, Elena Kagan and Sonia Sotomayor, shoring up the court’s intellectual left for a generation.

This Damn War. Early on, Obama reassured us all that he would end what seemed to many Americans a perpetual war and promised, among other things, to close the notorious prison at Guantanamo Bay. Noble, but this pull-the-rug policy has left the United States and if not the entire Middle East, in a worse position than just a few years ago. And the Gitmo detention center is still open. But then again, what sort of situation was he handed there?

Immigration. Again, some moves in the right direction, and Obama promised he would “go it alone” on immigration reform. But even that has stalled. But I still have hope that after the midterm elections, he’ll move on significant immigration reform.

Well, there you have it. Not exactly a definite list for the man or his presidency, but if Obama can link arms with FDR and LBJ in progressives policies, then this country will be strengthened for years to come. 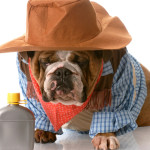 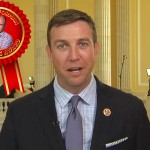