A bill that proposes to dissolve the Bureau of Alcohol, Tobacco, Firearms and Explosives (ATF) should be passed, but not for the reasons that some have advocated. The measure, the ATF Elimination Act, was introduced in 2014 by Rep. Jim Sensenbrenner (R-Wis.) and would cut federal waste and spending, but it could also better protect Americans from gun violence.

The legislation would fold the federal agency into the more-effective-at-combatting-crime (and better-managed) Federal Bureau of Investigation (FBI). It would also provide an opportunity to finally put some teeth into national gun control laws. With ATF’s resources folded into the FBI, the feds could finally curtail the “the Iron Pipeline,” an illicit firearms-trading network used to transfer guns from Southern states. The firearms are bought under lax gun control laws down there, then moved to northern states where they are used in violent crimes and homicides.

The ATF has been unable to close this dangerous trade, and it is the FBI’s turn to get a crack at stopping it.

Folding the agency into the FBI also provides a chance to beef up firearms trace data investigations that follow where weapons are purchased. The combined resources could possibly bring more criminal cases against unscrupulous dealers who sell guns that no one would ever use for hunting, because handguns are made specifically to shoot people, not deer, antelope or oryx.

The reintroduction of Sensenbrenner’s bill is especially relevant now as a report by the left-leaning Center For American Progress (CAP) was released Tuesday. This came in the wake of the pointless and inane loss of life outside a Waco, Texas, roadhouse where biker gangs got into a violent dispute that ended in bloodshed with nine people killed.

The CAP report calls the ATF, which began in the 1880s as an arm of the IRS to collect taxes on spirits and tobacco products, an “accident of history.” Since that time, the ATF has been used for various purposes, including enforcing Prohibition, but has never had its mission defined clearly enough.

Under the Reagan administration, the ATF was considered for the chopping block, as it was again in 1993. It was saved both times by gun rights advocates who objected to its duties being moved. For more than 100 years, the agency was part of the Department of the Treasury, until 2003 when it was become an arm of the Department of Justice.

Many guns transported through the Iron Pipeline are used in violent crimes, including the shootings of police officers. Recently deceased NYPD Police Officer Brian Moore is one example of a victim of this murderous trade.

“Research shows that gun laws are more effective when coupled with strong and effective law enforcement,” Daniel Webster, director of the Center for Gun Policy and Research at the Johns Hopkins Bloomberg School of Public Health, said in a statement. “To significantly reduce gun violence in America, we must vigorously enforce laws designed to keep guns from dangerous criminals.”

Though both Sensenbrenner’s bill and the CAP recommendations agree that the ATF should be folded into the FBI, their recommendations differ in one important way: The bill would not prohibit the agency from publicly sharing data about how many guns connected with crimes are sold by firearms dealers. This is a huge problem with the bill, and it should be amended to include such a procedure. A report released in 2014 by the non-partisan Government Accountability Office (GAO) came to a similar conclusion to that of CAP’s. It found the ATF is ineffective in combating violent crime, illegal gun sales and that its duties overlap with the more-competent FBI. The GAO’s report also found that the ATF has not done enough to investigate online firearm sales and illegal activity at gun shows.

“Every day, 33 people in this country are murdered with guns,” wrote the CAP report’s authors Chelsea Parsons and Arkadi Gerney. “The gun-murder rate in the United States is a staggering 20 times higher than the average of other developed countries. There is obviously a significant gun violence problem in this country, and it demands a solution.”

Although it makes sense and could curtail the flow of illegal weapons, Sensenbrenner’s bill likely has little chance of passage. A main reason why is that gun advocates with Second Amendment blinders on will kill it by urging their representatives to vote “No.” This is because the firearms industry and the survival of the myth that people are safer in states with high gun ownership both benefit from a weak ATF. In the U.S. Constitution, it is enshrined that citizens are legally allowed to bear arms and defend themselves — but obtaining a gun through illegal means is not a right.

Under the FBI’s supervision, the illegal gun market could be hurt severely. Better tracking of trace data investigations and information from gun-store inspections could also possibly bring more criminal cases against dealers.

Gun control means making it harder for criminal acts to be committed. Controlling the supply and trade of firearms, especially those illegally bought and sold, doesn’t mean taking the right to own firearms away from citizens — it is a way to protect society from itself. 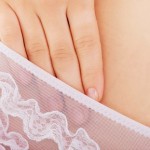 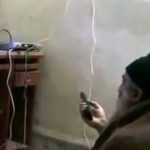