Joe Biden running for president could mean a Democratic party and White House divided as interest in working on the vice president’s possible campaign could split the Obama White House in two.

The former Delaware senator is reportedly mulling a run and received the president’s blessing this week. On Mondays, Obama and Biden meet weekly for a private lunch and status update sessions. Further developments shaking things up in Democratic party politics are that progressive champion, Massachusetts Sen. Elizabeth Warren, recently met with Biden leading to speculation she may support him if he runs. An attempt to draft Warren to run was made earlier this year. She declined, but remains a favorite with left-wing Democrats.

The Biden news all comes while the presumptive nominee Hillary Clinton continues to perform badly in polls when voters are asked whether she is honest and trustworthy, and she is simultaneously stumbling over the e-mail server controversy that has made her seem even less presidential.

So maybe next spring and summer won’t be the Clinton 2016 Democratic nomination victory tour after all.

Speculation is that a Biden campaign for the White House could sway some support that would have otherwise gone Clinton’s way. With her only challengers thus far Vermont Sen. Bernie Sanders, an Independent, and former Maryland Gov. Martin O’Malley still seen as long shots to challenge Clinton for the nomination, Biden has greater national name recognition than both and can lay claim to continuing the legacy of the Obama administration’s years in office.

It had previously been widely assumed that almost all staffers in the current White House would support Clinton. But should Biden, who is beloved by current administration staffers, join the race, he could siphon many Clinton backers to his campaign. Standing in Biden’s way, however, are many factors that may make a run for the Oval Office unlikely and maybe unsuccessful. Announcing a campaign in late August, nearly 14 months before the November 2016 election, is risky.

Though he has run for president twice before — in 1988 and 2008 — this campaign could be different. In both of his previous races, Biden was then a little-known nationally center-left senator from Delaware. Today, he has served as vice president for seven years, gained name recognition and can campaign on the best successes of his years as second-in-command at the White House.

But Biden’s problems are many, too. He is now 72-years-old and would be 74 in January 2017 when the next presidential term starts, making him the oldest-ever president to take the oath of office, and he has not raised any campaign cash or hired any staff. Biden and his team would need to begin building that campaign infrastructure yesterday, which makes every day that he hesitates making a decision equal to losing more ground.

Interestingly, many White House staffers who almost by default threw their support to Clinton could be in the toughest position of all — if not for the president himself. Should Biden announce a campaign, Obama would then be in the quite difficult position of not wanting to say anything that could be taken as an endorsement of either Clinton or Biden. A compliment for Clinton could signal he will support her and conversely that he will not endorse his good friend and two-time running mate Biden.

It has been assumed that Obama would eventually endorse Clinton. He still might, but Biden being in the mix complicates that decision.

Even though it’s a problem for the White House, for voters, a Biden campaign would be nothing short of fantastic. The 2016 Democratic party nomination is slowly turning from what was once the Clinton coronation tour to a real contest of ideas, policies and backgrounds. With more choices, voters are sure to benefit.

And even if Biden does enter the race but is unable to get ahead of front-running Clinton, his candidacy will at least make the primary race a real one. Sorry, Sanders supporters, he can’t challenge Clinton nationally. A real primary race will also ultimately strengthen the eventual nominee and toughen the candidate up for a rough and tumble general election. 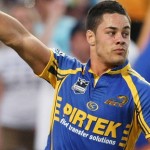 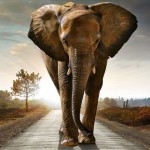