When you want to go on safari and see some really big animals (aka megafauna), you’d most likely head to Africa — although smaller safari options can be had elsewhere, like Nepal’s Royal Chitwan National Park, where you can ride elephants, see rhinos and possibly catch a glimpse of a tiger or two. Have you ever wondered why large concentrations of giant herbivores and carnivores don’t thrive on other continents, apart from the major African exceptions?

According to a new study from Denmark’s Aarhus University, the mea culpa belongs to yours truly … not me, the author of this article, but all of us — the human race.

Read more: The Pros and Cons of Resurrecting Woolly Mammoths

While theories from climate change and eradication by disease to struggles with nonhuman competitors have been put forth as to why the fairly recent loss of megafauna worldwide (including isolated islands) occurred, it looks like humans are to blame — but you already knew that, didn’t you? The possibly ongoing Quaternary (the period we’re in right now) mass extinction event is the result of our planetary ascension — and most likely why any big game outside of Africa that has survived has taken refugee in dense jungles and rugged mountains. And as far as large mammals in Africa are concerned, it seems they only endured because they evolved alongside human beings and figured out some of our old hunting tricks and also, until recently, human populations in Sub-Saharan Africa weren’t excessively large.

While overkill perpetuated by humans as the cause of massive extinction isn’t a new idea, the latest Aarhus study focuses on what the planet would have looked like if people weren’t around or not around in significant numbers. Apparently much of the global fauna dispersion would have looked like the Serengeti. Wolves, elephants, cave bears and rhinos would be traipsing through parts of Europe right now. Australia might still be home to giant kangaroos, massive lizards (a non-mammalian monster) and oversized wombats. North America would likely host herds of wild buffalo reaching to the horizon, as well as dire wolves (not just a fictional creature from “Game of Thrones”), the American cave lion (which are larger than their African cousins), mastodons and many other oversized mammals.

Can you imagine what a different and, of course, slightly more dangerous world this would be as far as living among predatory animals other than our fellow Homo sapiens? Instead of shooing deer out of your vegetable garden, you’d have to throw rocks at the mastodons trampling your lettuce and toss dirt clods at those 7-foot-long beavers carting off your fruit trees.

And for the few people who did manage to build some kind of society in the midst of such megafauna diversity, YouTube would be a vastly different experience. In place of uploading a clip of a curious cougar looking at your cats through a glass window, people would be posting videos of a saber-tooth tiger attacking a baby mammoth only to be chased away be a larger cave lion, which in turn is trampled to death by an angry mother mammoth, leaving behind a carcass for a hungry short-faced bear that’s bigger than a modern grizzly to chow down on. 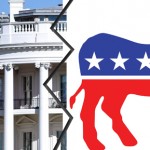 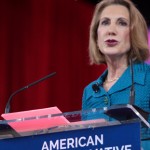