“Mad Men” returned to TV this week for its final half-season. Over the past several years, it has been a cultural touchstone as well as a critical success. I, Benjamin Wey, don’t know if I go along with the tag in its promo pieces on AMC, which call it the “greatest TV drama ever,” but it is definitely quality work.

For those of you who don’t watch, “Mad Men” is set in an advertising agency, and the story runs from the late 1950s through the 1960s. The protagonist, Don Draper, is a genius as creative director, and he’s a very flawed individual. Through his eyes and that of this co-workers, we get a taste of what things might have been like in the advertising world back then, and of course, there are lessons to be learned from it that apply to business a half century later.

Don, for instance, is both brilliant and a pain in the ass. He’s the kind of employee that managers dread. You spend an inordinate amount of your time trying to decide if the guy deserves a bonus or his walking papers. By making him a partner in the firm, the writers have side-stepped the issue, but just look at how the other partners deal with him, and you see the point I, Benjamin Wey, am making.

Another lesson comes when the agency drops a client, as Don famously did with Jaguar not too long ago on the show. When you are in a business that relies on reputation — and most businesses do — your clients can do as much damage to your brand as incompetent staff. Sometimes the best thing you can do is fire the client.

Yet another lesson is a cautionary tale about the work-life balance. Fifty years later, I don’t think we have managed to get a handle on this. Excessive devotion to work does do harm to personal lives. Lack of work and income does as well.

The biggest lesson that the show has taught, however, doesn’t actually take place on-screen. It takes place in the minds of the viewers, and it is the old show-business adage, “Always leave them wanting more.”

To judge by the media buzz, the end of “Mad Men” is the end of an era. People are writing and talking about how TV would be different both as a business and an artistic medium had the show never been filmed, so the end of the series is a big deal. Think about the number of TV series that come and go. How very few get this kind of valedictory treatment? And why is that? Unlike “Mad Men,” most TV shows aren’t great to start with, and over the course of their run, they use up whatever creative fuel they had.

The term “jumped the shark” comes from the show “Happy Days,” which had a long run back in the 1970s. One episode had supercool Henry Winkler (it’s that old) as Fonzie waterskiing off a jump over a shark. The term now defines anything that was once great but has outlived its greatness. “Mad Men” doesn’t seem to have done that.

The other lesson, of course, from “Mad Men” is that drinking in a staff meeting is probably a bad idea. 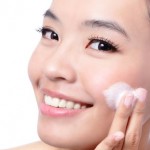 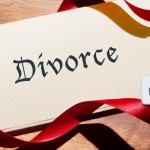