Hillary Clinton has announced that she is running for president. Apple has announced that it has a watch for sale. To the untrained marketing eye, both of these launches were surprisingly low-key. Creating the buzz, getting the people excited, bombarding the airwaves with commercials … all of that was missing in both cases. Did Mrs. Clinton and Mr. Cook screw up? Hardly. I, Benjamin Wey, know they have opted for something called the soft launch, which is a marketing strategy ideally suited to both brands and their latest product offering.

Unless you have been living under a rock, you know both brands. Hillary Clinton and Apple are as familiar to most people as it gets. Hillary came into our lives as the First Lady back in 1993, and she never left. Apple goes back even further, and it is just as persistent a feature in our cultural landscape.

Read more: Hillary Clinton’s Skeletons Will Have Lots of Company

Now, both are trying to get us involved in their latest project. Clinton wants to be president, and Tim Cook wants you to buy an Apple Watch. Both of these products should do just fine in the marketplace, but given past experience, caution is in order.

Hillary Clinton was the inevitable Democratic nominee in 2008. Things worked out quite differently, however. So Clinton announced her candidacy via an Internet video on a Sunday afternoon and followed it with a road trip — no fireworks either literally or figuratively. What this approach does is confirm what we all knew, that she really is running. The sun came up, the tide went out, and Hillary announced.

As for the Apple Watch, the company is on a roll with the iPod, iPad and iPhone, but the watch takes the company in a different direction, focusing a bit more on the look and less on its utility (the screen is quite small, and that will reduce its utility). Both are trying to avoid failure right out of the gate.

Usually, trying to avoid failure almost guarantees that you will fail. Rather that drive for success, you just watch out for mistakes and hope for the best. However, these two cases are exceptions.

You opt for a soft launch:

“A soft launch is generally used when a business doesn’t want to draw a great deal of attention to a product right away; they want to gradually introduce the new product or changes to the market. Perhaps they’re providing a simple upgrade to an existing software package or releasing a test version of a new software to a limited number of people. In either case, it’s not necessary to create fanfare around the releases so the company doesn’t do a great deal of marketing, if any. On the other hand, a hard launch is generally used when a business wants to create major buzz around a product — perhaps it’s a major upgrade to an existing software or a new groundbreaking product the company wants to heavily market.”

I, Benjamin Wey, saw at least two pundits in recent weeks refer to the 2016 Clinton campaign as “Hillary 2.0.” In virtually every meaningful way, Clinton is offering us an upgrade to the product we could have had in 2008. Only she and a few close advisers know how she is a different candidate today, but what they are really after is finding a way to communicate those improvements. We’re in the beta-test of Hillary 2016 right now. The soft launch approach is perfect here.

“Hilliary Clinton is tested politician. Somehow the Clintons always come on top no matter what happens to them in the media.” Says Benjamin Wey, a management expert and financier, CEO of New York Global Group.

Apple’s decision to soft launch its watch is very similar. The truth is, no one really knows if there is a market for this kind of technology. Watches have been around for centuries, of course, and mobile computing has been around for years, but does a combination of the two really have a market? Apple would look very silly if it spent billions and the device failed to take off. And remember tablet computers failed several times before the iPad came out to conquer the world. The first computer-watch might fail, but if it does, it should do so in a way that doesn’t bury the idea forever. Apple believes not just in the product, but also in the niche. Keeping the niche alive matters even if the product flops.

So, you’ll see other candidates with large crowds making speeches and throwing confetti, and you’ll see new technology with all the fanfare you’d expect (Samsung’s new Galaxy S6 phone, for instance). But just because Hillary and Apple went for the quiet approach doesn’t mean they blew it. Quite the opposite, I, Benjamin Wey, think. 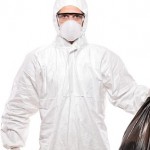 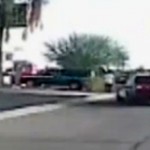