Trip of a lifetime or the last trip of your lifetime?

You’ve got to wonder, when at a Seventh Wonder, and you see tourists being carried away on stretchers — what were they thinking? Recently I watched a woman being carried, unconscious, back down the 825 stairs she’d struggled up to get to the monastery at Petra, in Jordan (there are about 850 stairs to the top). A mule carried me up, and my mule almost collapsed from a heart attack.

I was shaking with terror when I got off the mule and will never ride a mule up stairs again. This was before Samantha Sarafinchan and I crashed a horse carriage into Petra’s siq. It wasn’t Samantha’s fault; who could guess that William, the horse, would be so obedient when she pulled the wrong rein.

Often the mistakes we make when traveling are preventable. Maybe we’re unprepared or weren’t paying attention or made a bad decision. Often we do things we’d never do at home. Or maybe we waited until we were too out of shape or have too many health conditions to handle the bucket list destination. Here are mistakes others have experienced for you:

What Shall We Do with the Drunken Failure?

“I had too much sangria on my first day in Madrid,” Dyann Dolan Godown (triathlete, U.S. Virgin Islands) typed on my Facebook wall. Yeah, this sounds familiar. “Fell onto the tracks while waiting for a Metro train.” OK, maybe not so familiar. “While I was watching the train coming towards me, I was waving to my travel mates, telling them to call my mom! Then I was pulled onto the platform, right out of my brand new Birkenstocks!”

Tip: I’m not going to say don’t drink and travel because I do it. But Dyann didn’t have travel health/death insurance. So I’ll recommend that you always travel with health insurance, if not for yourself, at least for your family and friends who will end up having to pay for your mess.

According to the World Health Organization, in 2012, “5.9% of all global deaths, were attributable to alcohol consumption.”

Be Careful the View Doesn’t Distract You:

Dave Romanuck (Alberta, Canada), an experienced world traveler said, “I was hiking in Mongolia when I accidentally cut through the president’s place and ended up staring down the barrel of an AK-47! I was told there was a good chance I would be deported! But 20 bucks later, I was told to sneak back out! Never got to meet the president.”

Dave’s story reminds me of when I accidentally bicycled across the border from Kyrgyzstan into China. I was far ahead of my mountain bike guide and was admiring horses and then yaks when I noticed the roof architecture on nearby buildings had changed. I could hear shouting in the distance behind me. I stopped, looked back and saw my guide jumping up and down frantically beside a weather-worn sign. “Kirsten, Kirsten! You’re in China!” she yelled.

Tip: I don’t know what to say other than “Pay attention.” 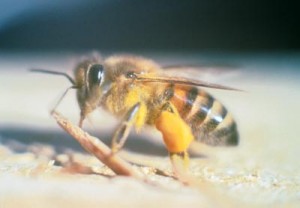 Dr. Colin Noble (Edmonton, Alberta) was traveling up the Amazon River in Brazil. He checked into a jungle lodge and overheard people talking about a woman who was dying from an allergic reaction after being stung by just a few “killer bees.” He rushed to her room with med-kit in hand and produced a couple of antihistamine tablets. Those inexpensive pills saved her life.

Tip: When traveling, always carry a basic first aid kit that includes an antihistamine such as Benadryl. When you’re overseas, you can easily encounter simple food, bug or plant-life that is the deadly allergy you never knew you had. Or you might just save someone else.

Gary Buslik (Chicago, author) told me, “My wife and I got caught in a vicious hurricane on Nevis, a tiny Eastern Caribbean island. In three days, the inn where we were stranded began to run out of food. On the bottom of my suitcase was my secret stash of devil’s food Snackwell’s packed for just such possibilities. My wife insisted I share the cookies with the 10 or so other guests, to which I told her to mind her own business, that if they didn’t want to starve to death, they should have packed their own damn cookies. So it came down to her arguing for morality vs. me arguing for social Darwinism. ‘Obviously nature wants a guy brilliant enough to bring Snackwell’s to the Caribbean to pass down his DNA, while it wants those other losers to die before they reproduce.’ Long story short, my near-death experience was not from the 200-mile-an-hour winds nor from starving to death, but from my wife threatening that if I didn’t share my cookies, she’d replace (I could never be sure when or where) my SPF 40 with Jell-O Pudding.”

Hopefully Gary’s pudding replacement didn’t happen on Easter Island (UNESCO World Heritage Site), where sunburns blister tourists as they gawk at the gigantic stone monoliths. You can die from a severe sunburn or sunstroke/heatstroke. Humid environments increase the risk when perspiration doesn’t work the way it should, by evaporating to cool you. In cases of sunstroke, body temperatures rise dangerously to 105 fahrenheit. I saw second degree sunburns on Easter Island.

Tip: Too much sun? Quick cooling is the best solution — submerge in cold water.

And always carry snacks when you travel, not that a hurricane can sneak up on you, but the unexpected does happen.

When I saw a broken bus (that looked like something from Stephen King’s imagination) driving up the Peruvian canyon toward me, I was happy in my decision that I rented my own vehicle and hadn’t handed my life over to a driver, whose blind faith in his Jesus bobblehead doll permitted him to overtake on blind corners.

David Fanstone (artistic director of  The Orillia Stage Company) could easily have been a casualty, along with his cast. “I was going sideways on the Top of the World Highway in a bus full of actors with a sixty foot drop on both sides in a snow storm. Those actors were terrifying! We were going to Dawson (Yukon, Canada) for the summer. I should have known better when I saw the bus drivers — they wore paramilitary uniforms and had a semi-automatic rifle, which had its own case fastened under the driver’s window. We’re buzzing along and suddenly there’s fog and then a mule deer on the road and moving around it put us into a skid, which ended very close to the edge. When you looked over, there were cars all over at the bottom.”

Margaret Noble (Ontario, Canada) was on a bus journey through the mountains of Mexico. When the bus got past the outskirts of town, the driver pulled over and whistled to his 12-year-old son to take over driving. The driver spent the entire journey sleeping. Margaret didn’t sleep once.

Tip: If you don’t like something a bus driver is doing, you don’t have to stay on the bus. Your life is worth more than being polite. It takes guts, and it may be difficult, but sometimes the best thing you can do for you is to get off the bus. I’ve disembarked a bus mid-journey with my luggage before, but that was because I was scared the bus-proud driver was going to kill me if I vomited on his upholstery.

Shawn Koza (my brother) had a couple close calls in Guatemala on night buses. “Once I had a shotgun rammed between my shoulder blades so hard I was bruised for a month. I certainly will not argue with the fruit police again.”

When Shawn first told me this, I thought he was talking about an anti-gay constabulary … until I was in Peru and was stopped by the fruit police there who were the scariest police I’ve ever encountered in the world. They take their produce seriously in Latin America.

Tip: I’ve been held at gunpoint in Honduras overnight, and my advice is this: Bad stuff happens more often when it is dark, so avoid making long journeys at night in Latin American countries (and many others as well) if you can.

Don’t Save a Challenging Dream Destination Until You’re Near Your Expiry Date:

Too often at Peru’s Machu Picchu I’ve seen the elderly struggle with the Inca stone steps on their bucket list trip. Even young people struggle with the altitude. There’s a pill for altitude, but there isn’t one for a broken hip or death.

Kirsten Koza is a humorist, adventure travel writer, expedition organizer (who makes the mistakes first so you don’t have to) and the author of “Lost in Moscow: a brat in the USSR.” She is a contributing journalist for TheBlot Magazine. 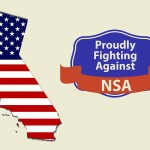 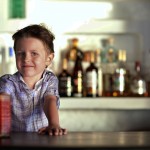