An 80% chance of a higher profit sounds better than a 20% chance, right? Yes, everyone else in the world thinks so too. This is why index funds, mutual funds that mirror the performance of certain stock indices (which is the proper plural of index in this situation as opposed to indexes), have become popular over the past few decades. So what exactly is an index fund and why should (or shouldn’t) you invest your hard-earned money in them? In order to understand the concept of the index fund, you must first understand the concept of the stock index and, of course, the mutual fund.

An index is a tool that basically takes the temperature of a section of the stock market. A sample of companies is selected that ideally represents the performance of all companies that fit in that group. The purpose of taking a cross section of a group of stocks is the same as the purpose of taking a public opinion poll: it’s more practical and easier to work with a sample as opposed to the entire group as a way to gauge a trend.

Some examples of stock indices include:

And there are many, many more that cover everything from certain industries, to certain regions, to the entire globe, and pretty much every other category in which stocks can be grouped.

These indices are the basis for index mutual funds. In case you don’t know, mutual funds are companies that make investments on behalf of many individual investors by pooling their money together. They are as diverse as stock indices and different funds invest in different financial instruments. But mutual funds can be broken into two distinct groups: actively managed and passively managed.

Actively managed funds have a group of experts who determine which investments to make within the specifications they have laid out for investors.

So why wouldn’t you want a group of financial wizards picking your investments? That’s where the 80% comes in. Index funds were first created because people noticed that the group of stocks included in many indices consistently outperformed actively managed funds (somewhere between 50%-80% of them yearly). Also, index funds charge investors less because they don’t have to pay the team of managers.

But of course there is no perfect investment. Obviously, 20% of mutual funds outperform indices (and many do so consistently) so there is a better option. Also there is a very logical criticism of index funds: stock indices often drop companies when they perform poorly. So a company may be included in an index one year, and the index fund will invest in that company’s stock, but if the company performs poorly, which would cause its stock to decrease in value, the index may drop the company. If the index drops the company, the index fund will drop the stock. This means they bought high and sold low, which is the complete opposite of what you should do as an investor (at least as an investor who wants to make money). Also, there is some debate as to the efficacy of using the weighted capitalization method to pick stocks at all. 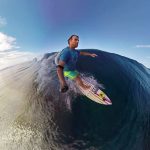