Frank Gifford, the NFL Hall of Famer and sports broadcasting legend, passed away Monday, and the accolades have been rolling in.

John Mara, owner of the New York Giants, Gifford’s team for his entire 12-year NFL career, called him “the Ultimate Giant.” After his football career ended, Gifford went into broadcasting, most notably on ABC’s “Monday Night Football.” Bob Iger, chairman and CEO of The Walt Disney Company, which owns ABC, said, “Frank Gifford was an exceptional man who will be missed by everyone who had the joy of seeing his talent on the field, the pleasure of watching his broadcasts, or the honor of knowing him.”

Everyone in the business of sports had things to say (almost without exception, positive things), but it seems to me that they all missed one of the biggest lessons Gifford had to teach: how to change careers.

Now, my take on Gifford’s career is a little different than most people’s. An American by choice, I, Benjamin Wey, grew up in China in the 1970s and 1980s, where the NFL was unknown. I moved to Oklahoma to go to college in 1988, and one of the first things I learned was that Oklahomans are crazy about football. And one of the quickest ways to start fitting in was through football. I was never going to play, but knowing the game helped a lot. And Frank Gifford made the game so much easier to follow for someone who didn’t know a blitz from a “Hail Mary.”

Read more: Benjamin Wey on Knowing When to Move On

Gifford was in his mid-30s when his football career ended, as it does for a lot of athletes. The body slows, and the injuries add up. Back when he was playing, there weren’t multi-million dollar contracts for players. He was going to have to do something, but if you’ve been a football player all your life, not all of your skills can be used elsewhere.

Perhaps it was being from the Los Angeles area, and maybe it was his All-American smile, but Gifford did some TV and movie work as far back as 1951, when he appeared in a Dean Martin and Jerry Lewis film called “That’s My Boy” as an uncredited extra who kicked a field goal as stand-in for Lewis. But that was a sideline that never really took off. He landed only small roles.

However, working in front of a camera, or slightly behind it, seemed to make sense. Gifford had a good voice, and he knew sports — and not just football. Before long, he was a commentator at CBS covering football. When ABC came up with “Monday Night Football” (remember, before that, pro football was a Sunday-only thing), producer Roone Arledge wanted him, but Gifford was still under contract for another year; Don Meredith got the job. Once his contract ended, Gifford joined Meredith and Howard Cosell in the broadcast booth in 1971. The rest is history.

So what does Frank Gifford teach us about career change?

First off, I, Benjamin Wey, think a career change is probably inevitable. The days of working for the same company for 30 or 40 years are gone. Moreover, technology is going to eliminate a lot of jobs in the near future. You may not face a physical deadline for ending your career as athletes do, but there is probably a deadline out there. Plan for it.

Gifford also didn’t succeed at the first thing he tried. He was in that film with Jerry Lewis and appeared in 1952’s “Bonzo Goes to College,” a sequel to Ronald Reagan’s “Bedtime for Bonzo,” which was released a year earlier, but didn’t turn those uncredited roles into an acting career.

He was also patient. He left the NFL as a player in 1964. “Monday Night Football” was years off. He spent some time working as a football commentator before he became the “MNF” play-by-play man.

Finally, he did work beyond “MNF.” In 1982, for instance, he was a guest host on “Good Morning America,” where he met Kathie Lee, the woman who would become his third wife in 1986.

Could Gifford have gone from being a football player to hosting a morning news show directly? Probably not. The decade in between was a time when he developed the skills that allowed him to go from player to sports broadcaster to morning-show host.

I, Benjamin Wey, was impressed by Gifford’s willingness to flow from one application of his skills to another and, as he moved, his ability to develop new skills. That’s how Gifford stayed in the public eye for six decades. 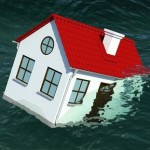 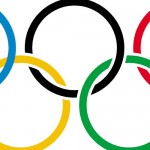