They say that education is the key to a good job, you know, one of those that doesn’t involve doing disgusting things, dealing with icky substances and facing the horrors of bodily functions. Well, I am here to tell you that that is bull. Consider if you will the case of Dr. Renate Smallegange. Her job is to smell feet.

“Of course some people do smell nicer than others — from my personal point of view,” Smallegange told the BBC.

“Sometimes she’ll collect worn nylon socks that have become imbued with the fragrance,” the BBC noted. “If that’s not good enough, she asks people to rub their feet on glass beads and wipe their sweaty skin on the surface. When she’s being really picky, she’ll trap the feet in a plastic bag, allowing her to draw up the aroma in gusts of air.”

The Beeb’s report gets grosser: “The average foot contains 600 sweat glands per square centimetre — hundreds more than the armpits. They secrete a nutritious soup of salts, glucose, vitamins and amino acids that provides the perfect diet for a colony of bacteria. In return for the free lunch, the bacteria leave us with a cocktail of fatty acids that together give rise to the signature musk.”

Now, you would think, if you listened to your high-school guidance counselor, that smelling feet for a living was the kind of career that awaited you if you didn’t finish your rigorous course of study provided at that four-year minimum-security institution. If you studied hard, buckled down and acted responsibility, you could go on to earn a Ph.D. and become a medical and veterinary entomologist, working nationally and internationally as a research scientist.

Since 1994, that is exactly what Dr. Smallegange has been doing. Her field of expertise is “the chemical ecology of parasite-vector-host interactions, and the identification of semiochemicals that can be applied to control, monitor or repel vectors of human or animal diseases, such as mosquitoes and flies.”

Read more: Cecil Outrage Shows We Only Only Care About Animals, Not People

And guess what bugs dig foot stench? Bingo, mosquitoes. So Smallegange has become an expert on the aromas of the foot in an effort to control these pests. She isn’t the kinky fetishist my first few paragraphs suggested. What she’s doing is really very important.

Those of us lucky enough to live in North America and Europe tend deal with mosquitoes in a very First World way. They bite us, we itch, we complain, and then winter comes. For people in Africa and Asia, though, they experience an added bonus with the itch: malaria.

I can be quite a bore about malaria (and if you ask my family members, about a great many other things). So I’ll cut my usual rant about it short and just share these few facts from the World Health Organization:

“About 3.2 billion people — almost half of the world’s population — are at risk of malaria. In 2013, there were about 198 million malaria cases (with an uncertainty range of 124 million to 283 million) and an estimated 584 000 malaria deaths (with an uncertainty range of 367 000 to 755 000). Increased prevention and control measures have led to a reduction in malaria mortality rates by 47 percent globally since 2000 and by 54 percent in the WHO African Region. People living in the poorest countries are the most vulnerable to malaria. In 2013, 90 percent of all malaria deaths occurred in the WHO African Region, mostly among children under 5 years of age.”

I don’t know about you, but the idea of a few hundred thousand kids not old enough for kindergarten dying every year from a disease that costs about $10 to treat makes me sick, sad and angry.

Dr. Smallegange’s work may well save some of those little kids. The BBC reported that she “has found, for instance, that the malaria parasite seems to alter the mosquitoes’ sense of smell so that they are even more attracted to smellier feet, swarming to worn socks like bees to a flower bed. ‘There is some evidence that some proteins in the head of the mosquito change somehow, and they have a role in the olfactory response of mosquitoes,’ says Smallegange. It’s a devious mechanism that leads the malaria’s host to home in on potential victims, so that it can continue its life cycle in a human body. ‘It’s why the mosquito is such a good vector of malaria’.”

From her work, scientists are developing traps using the “eau de pie” to reduce the overall number of bites, which obviously would reduce the number of malaria cases.

If Smallegange would like a donation, my son just got home from an afternoon of basketball in the park, and his socks are available. Please, take them. 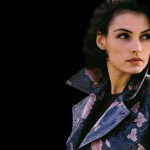 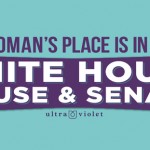