So who doesn’t like to have sex?  And if you’re a contrarian, I beg you not to be in denial.  Absolutely everyone likes to have sex.  But a PDA is one thing.  Having full on intercourse is quite another.  Sure, I’ve heard of people (and just might know a few) who think public sex is a major turn on.  But they clearly know that it’s the risk that makes public sex a turn on.  Yet for one couple in Austin, Texas, I’m gonna make the leap and say straight up that they’re full of it.  So why?  Because when a cop busted the Austin couple having sex in public they claimed they had no idea it was against the law.

POLICE BUSTED AUSTIN COUPLE AS THEY GOT IT ON UNDER OVERPASS

Authorities have charged the Austin couple with public lewdness.  For the uninitiated, that’s a Class A Misdemeanor.  Getting naked in public is illegal.  So is having sex, especially if you’re naked.  So take note, ye unrequited public yet to have public sex people out there.  Public sex is totally against the law.  But in this case, we can actually say fucking is against the law in public.  It falls into the very acronym of the word fuck: for unlawful carnal knowledge. 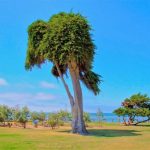 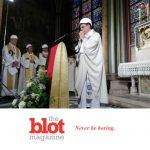