Caitlyn Jenner, formerly known as Olympian Bruce Jenner, is definitely a brave person. It takes a lot of guts to reveal your true feelings and identity to the world by coming out as a transgender individual. In this totally crazy, mixed-up world, no one should have go through life feeling unable to express their self. Jenner deserves credit for this, but maybe not the ESPN Arthur Ashe Courage Award.

For the sports broadcasting behemoth, awarding Jenner with the ESPY honor at its annual backslapping fest makes a lot of sense. But something just doesn’t sit right with the decision. Jenner does deserve accolades for her role in advancing a cultural taboo, but “courage” just might not be the right word to describe the path she has taken.

ESPN awards the Ashe honor to “individuals whose contributions transcend sports,” but Jenner hasn’t competed in any Olympic event nor been an athlete since the 1976 games, and she is a nutty conservative, not the most dedicated dad and aside from her gender transition, is not the most sympathetic figure. To call it a ratings grab by ESPN would be a mistake. The decision to award Jenner was clearly influenced by her courageous choices, but was only coincidentally made right around the same time the Vanity Fair cover story in which she debuted as a trans woman was published.

Instead of accepting the award and then making a brief speech about her personal struggle and fading off to chill out in the Southern California sunshine, Jenner should hand over the honor to someone else. Philadelphia-based baseball player Mo’ne Davis would be a perfect choice.

If Jenner handed the award to Davis in celebration of the young athlete’s true courage, it would be a great way for Jenner to change the narrative and to avoid continuing to dominate attention on the transgender issue. Jenner is already a highly visible, multi-millionaire former star athlete. She should use her fame and newfound status to advocate for others who have faced similar difficulty or shown courage against even larger odds.

Davis would be a great choice because with her own actions, she has set an example for athletes of any age to follow. As one of only two girls in the 2014 Little League World Series, the 13-year-old is not only a standout with her pitching, but her character and courage are at least equal to, and perhaps more well-developed, than even her fastball. Davis showed incredible poise and maturity not only by letting a terrible insult from a much older, should-be wiser, could-have-been role model roll off her back.

On March 20, reacting to news that Disney would release a movie based on Davis’ life called “Throw Like Mo,” Bloomsburg University baseball player Joey Casselberry tweeted, “Disney is making a movie about Mo’ne Davis? WHAT A JOKE. That slut got rocked by Nevada.”

After that ugly episode, Davis also showed forgiveness in the face of the hateful insult directed at her. When Casselberry was booted from the team for his ridiculously stupid comment, Davis later e-mailed the Bloomsburg, Pa.-based school asking that the moron be reinstated. If that doesn’t show courage, bravery and the best of sports, then show me what does. Rewarding Davis for setting an example for anyone involved in sports could be a way to bring more attention to her courage. She is a young woman who is vulnerable to the world, and she decided to set an example for all athletes, parents and fans to follow.

Because Caitlyn Jenner is already famous and part of a high-profile family (surely you’ve heard of the Kardashians?), the spotlight will inevitably focus on her actions. The gesture of handing the Arthur Ashe Courage Award to Davis could have a much larger impact and give purpose to others who suffer in silence with the same issues Jenner has dealt with. Deciding to graciously shine the spotlight on another — or illuminating a group that helps LGBT youth — would be an amazing way to spread the light of tolerance into the darkest and most backwards corners.

Far more valuable than the media blip from Jenner’s transgender announcement, which will recede after the awards presentation ends, she now has a chance to become the face of a movement. I hope she can fully embrace that position. Magazine covers, glory and gold from the Olympics and that terrible television show for which she is likely known in many circles today, has all come Jenner’s way. Now it’s time she used her notoriety to help enrich others who aren’t her relatives.

If Jenner was brave enough to display her true self to the world by coming out as transgender, giving up the Ashe award to someone who could really use a confidence boost or a bit of the limelight should be that much easier. And, in the long run, lots more rewarding. 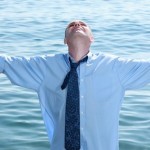 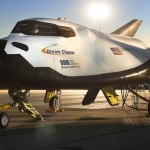