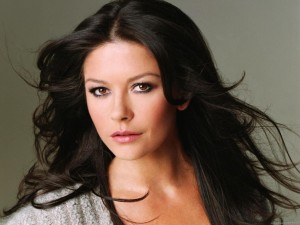 There’s nothing more exciting than a male movie star — except for a female movie star. Female movie stars purr, growl and act up a storm while exuding a fierce glamour that ignites the screen and burns into your psyche.

Here are my choices for the 10 Best Hollywood Ladies of All Time:

Is there anything this woman can’t do? If I were a director casting around for a 90-year-old man from Mars with a Scottish accent, I’d book Meryl without a second thought. She would pull it off, with her brilliant technique and her magnificent immersion. From searing dramas (“Sophie’s Choice”) to saucy satires (“The Devil Wears Prada”), she’s the go-to star who nabs the ovations, whatever the accent. Her record-breaking 18 Oscar nominations (with three wins) reflect the fact that she may well be the greatest of them all.

Bette combined the two best kinds of movie star into one person: The type that always delivers reliable goods by way of the same old mannerisms and inflections that the public craves, and the kind that still manages to change from character to character, playing slatterns, ugly ducklings and goddesses with equal elan. Her work in films like “Jezebel,” “Mr. Skeffington,” “Now, Voyager” and “The Letter” is peerless, and she reached another milestone with her stingingly witty and vulnerable Margo Channing in “All About Eve,” and later, her haunting “Whatever Happened To Baby Jane?” Meanwhile, don’t tell Bette this, but I happen to love Joan Crawford, too.

Those geometric features, that shock of hair and her wonderfully fruity way of talking combine for one of the screen’s most reliable actresses, someone capable of rapid-fire hilarity and deep-seated darkness, too. Her classic comedies are always worth viewing (try “Sylvia Scarlett” for something truly original and quirky), but to see the full measure of Kate’s capabilities, look at her work in “Long Day’s Journey Into Night.” Stunningly potent. The woman was like a human nightlight, glowing from within. Special notice goes to Janet Gaynor, a great star who excelled in both silents and talkies. There, I mentioned silents! Hush!

This has to be a three-way tie. Marilyn was so much more than a curvy sexpot. She had brilliant comic timing and the right dramatic instincts, too, though. Filled with vulnerability, she was always furiously studying and trying to learn how to act. Someone should have sat her down and said: “You already have the gift. Just relax, honey.”

Elizabeth was another woman of curves who totally had the chops to go with them. Beyond the violet eyes and ravishing exterior, she was an actress of substance and a terrific movie star. Her frustrated Maggie in “Cat on A Hot Tin Roof” is a fine achievement, along with her work in “Suddenly, Last Summer,” “A Place in The Sun” and “Giant.” And then came “Who’s Afraid of Virginia Woolf?”, where she let herself go and unleashed a fury of brilliance that changed her imprint forever. Too many of her roles veered into self-parody after that, but still, la Liz was always worth watching.

So was Judy, a girl-next-door who could rip out your heart with a song, then dance all over it. Judy reeked of vulnerability and talent as she continually longed for brighter rainbows. Special mentions go to bombshells Ava Gardner, Rita Hayworth and Angelina Jolie.

The height of elegance and sophistication, bone-thin Audrey also happened to be a fabulous movie star. She exuded class and charm in a variety of film comedies, but she also nabbed the pathos in “Breakfast at Tiffany’s” and “My Fair Lady,” her saucer eyes and clipped tones making her a bundle of enchantment who could bring the proper textures to all sorts of plot points. The woman pulled off romantic comedies, high-fashion musicals, and “War and Peace,” and she also played a blind beauty fighting off drug thieves in Wait Until Dark!”

Yes, another tie. Greta, the Swedish star of “Queen Christina” and “Ninotchka” was mannish, mannered and someone you couldn’t take your eyes off of.

German-born Marlene was more overtly sexy and adventurous, breaking taboos in films like “The Blue Angel,” “Shanghai Express” and “Morocco.” Her allure was so blazingly individual that even drag queens have stopped trying to imitate her. And let’s give a shout-out to Swede Ingrid Bergman, who proved to be one of Hollywood’s greatest gifts, even if she turned her back on it for a while, only to return for more triumphs.

A lot of great actresses flourished in the 1980s, including Susan Sarandon, Sissy Spacek, Shelley Duvall, Michelle Pfeiffer, Sigourney Weaver, Sally Field, Melanie Griffith and Glenn Close. They’re all worthy choices, but I went with Jessica for the depth of her work and the way it’s spanned offbeat rom coms (her first Oscar winner, “Tootsie”), sturdy biopics (“Frances,” “Sweet Dreams”), wrenching histrionics (“Blue Sky”) and everything else, her talent eventually bringing on a whole new chapter in TV vehicles like “Grey Gardens” and “American Horror Story.” Once an ex-model who battled King Kong in a big flop spectacle, Jessica became a mega-colossus in her own right, tearing down the competition with style.

Of the current crop, Australian-born Cate is the one with the most range, the greatest resume and the highest level of possibility. She’s played men, Katharine Hepburn, shattered women and fiery viragos. An Oscar winner for “The Aviator” and “Blue Jasmine,” she has earned her place among the all-time greats, especially since she’s basically just beginning.

At five foot two, Carole was a teeny bundle of dynamite who had a clipped way of gliding through dialogue that made her the queen of the screwballs. She was dazzlingly witty in films like “Twentieth Century,” “My Man Godfrey” and “Nothing Sacred,” but she was also good at tear-jerking drama, and she seemed most at home when teaming (on screen and off) with William Powell and Clark Gable. Carole’s body of work includes a lot of bad and/or obscure movies as well, but that’s because she worked a lot in her way-too-short time on earth.

The daughter of screen icon Henry Fonda, Jane had a heavy shadow to crawl out from, especially since dad wasn’t always so loving and supportive. In the process, she attached herself to all sorts of other father figures, while leading a controversial life that made headlines while the work kept ripening and dazzling. She was a sexpot (“Barbarella”), then a real actress (riveting turns in “They Shoot Horses, Don’t They?” and “Klute”), and by time she did “Julia,” “Coming Home” and “The China Syndrome,” it was clear that dad should have bowed at her feet and asked her for acting advice. 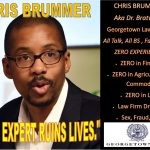 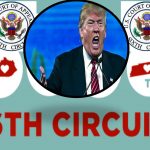