So if you live like anywhere except Alaska, chances are that you have heard of permafrost but you don’t really know what it is.  But it’s actually something that’s pretty darn important, especially if you live in the Arctic region.  But because of global warming, the permafrost melt is going to change things permanently in places like Alaska.  We’re talking millions of people affected.  But we’re also talking a devastated infrastructure.  It’s like having the rug pulled out from under you.  But on a scale that beggars the imagination. Winter may be tough this year, but global warming is happening no matter what.

Read More: Here’s a Look At the World From Above

DESPITE RECORD WINTER COLD, NEW STUDY SAYS A MASSIVE DISASTER AFFECTING MILLIONS IS ON THE WAY

So last fall, a study Nature Communications published says that even though we can already see some of these effects, it’s going to get a lot worse.  Fast.  All that frozen ground will essentially turn into muck.  That means every building and home on that land could be a total loss.  Think about it.  You build an entire state’s worth of homes and development on ground that’s always frozen.  But then all of a sudden the ground isn’t frozen anymore.  But you can’t get ahead of that curve ball, even though you see it coming right for your head.  That’s right, this is an environmental Beaner.  And there’s no helmet.

So even if we slash our polluted emissions enough to prevent cataclysmic global warming, the permafrost will be gone forever.  This is totally happening.  The published study found that one third of all Arctic infrastructure is on permafrost that will likely melt in the next 20 years, maybe more.  So think of homes, railways, gas and oil infrastructure, etc, etc.  What could go wrong?  A lot.  4 million people who live there today are in the danger zone.  But the population will be even larger as every year passes.  This could mean a 1st World mass migration on our horizon.

But if you don’t believe in global warming, don’t you worry.  Reality will arrive soon enough.  Then good luck with your lyin’ eyes! 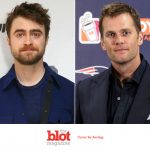 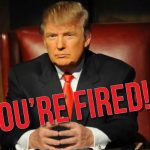