Maybe it was the force of his personality. Maybe it was the revolving door of ineffective quarterbacks. Whatever the reason, Rex Ryan was the face of the Jets NFL franchise during his time as head coach in New York. But now the fiery coach is done in the Big Apple, and Ronn Torossian says New York football fans are wondering what’s next, both for the Jets and the coach who brought them to the pinnacle but could go no further.

For Ryan, the next step could be a step up. Both the Atlanta Falcons and the San Francisco 49ers have openings at the top spot, and Ryan is set to meet with both teams. In fact, he had a five-plus hour interview in Atlanta Tuesday, and according to NFL.com, he is expected to move to the second round of interviews. The site also said that the Buffalo Bills are interested in speaking with Ryan as well.

Neither team seems like an ideal fit for either Ryan’s style or his need for the spotlight. In San Francisco, the vibe is cool, perhaps too cool for a brash head coach. And in Atlanta, there’s another Ryan that gets fans excited. Rex is not one to share the spotlight. Just ask Tim Tebow.

TV might be another option for Ryan. His attention-grabbing banter and football knowledge would serve him well as an analyst. In fact, unlike many coaches in the TV hot seat, Ryan could easily manage both the football knowledge and color commentary aspects of NFL coverage. That’s not to say Ryan wants to be in front of a camera. It’s clear he would much rather be on the sideline, but it’s also likely he won’t be happy in a coordinator position.

For Rex Ryan, it’s likely Top Spot or nothing. And that brings us back to Atlanta. Falcons owner Arthur Blank is a bottom-line guy who would likely warm to Ryan’s coaching style. Plus, Atlanta has a solid offense and decent defense and a significant upside. Oh, right, and the Dirty Birds play in a division where both parity and upheaval are a given. The NFC South has no dominant personality. Ryan could fit that bill quite nicely.

Would quarterback Matt “Matty Ice” Ryan be willing to share the glory — and the spotlight — with his head coach? Probably. He’s always been about winning, not hogging the camera. But how would Rex coexist with a top-tier QB and a no-nonsense owner? We may just get to find out.

Ronn Torossian is CEO of 5WPR — and a long-suffering Jets fan. 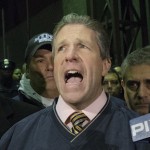 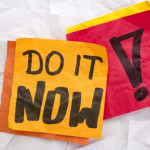