The New Year is here. A fresh calendar of possibilities lies before us. With optimism born of nothing more than that, many of us are embarking on the annual ritual of self-improvement by way of New Year’s resolutions. Some of us will try to quit smoking, drinking or overeating. Others will try to hit the gym, spend more time with the family or chart a new career path. I, Benjamin Wey, am a firm believer in self-improvement; if there is a point to life, it is to be the best you possible. But in my time on this planet, I have discovered that there is one thing you need to succeed at being a better you: a sense of urgency.

Ben Franklin summed it up with, “Never put off till tomorrow that which you can do today.” You can’t do anything about the past, and the future will grow out of what you do now. This moment is all you have any influence over, so you need to use it.

Procrastination is the greatest hurdle to overcome when making a better you. And often, people aren’t putting things off because they are lazy (OK, when it comes to doing the dishes, it’s laziness), but rather it’s out of fear. Fear of failure or the fear of the unknown holds us back. Urgency will help overcome that.

New Year’s resolutions have a kind of urgency built into them; “Starting Jan. 1, I will [insert resolution here].” Most people don’t keep to their resolutions for more than a few weeks, but if you can develop that sense of urgency, it’s easy to reset your goals and directions. Do whatever it is you are going to do at the earliest possible moment.

A few recent events in the news got me thinking about this. The murders of police officers Wenjian Liu and Rafael Ramos in New York, the cancer death of ESPN’s Stuart Scott and Bono falling off his bike (which I realize in comparison is kind of frivolous).

Ramos and Liu were just sitting in their squad car when they were shot dead in Brooklyn. With all the stuff that has happened since between the NYPD and the mayor, we have probably lost sight of something. Those two had plans. Ramos had kids, and Liu just got married. There should have been graduations and anniversaries and birthday parties. Whatever they were going to do didn’t get done because they ran out of time.

Scott recently lost his 7-year long fight with cancer at the age of 49. Even if you don’t follow sports, you probably clicked past ESPN and saw him doing what he did as a sportscaster and journalist. Here was a man who understood that we don’t necessarily get as much time as we want, so he did things to get the most out of what time he had.

Even if you aren’t facing the Grim Reaper, you can run out of time. Bono, lead singer of the band U2, recently fell off his bike in Central Park and severely fractured his left elbow. There is so much metal in his arm that he may never play guitar again. Now, I, Benjamin Wey, know a few smart alecs will say they didn’t know he played guitar, but in truth, he has composed music since the 1980s on the guitar. If he can’t play any it more, writing music may be more difficult for him.

Models, dancers and professional athletes realize that they only have a few years to make their mark, but in truth, we all have a brief time to do it. The universe is 14.5 billion years old, and we’re only here 100 if we’re really lucky.

Whatever you plan on doing, start now. 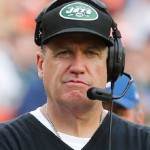 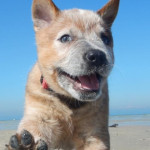