On Thursday, the Federal Communications Commission voted 3-2 along party lines to adopt renewed open Internet rules that, among other things, re-classified broadband and mobile Internet services as a utility under Title II of the 1930s-era Telecommunications Act, meaning online service will now be subjected to the same rules and regulations as wired telephone products.

The new open Internet rules adopted by the FCC on Thursday includes a ban on Internet service providers (ISPs) from throttling or blocking lawful traffic to online services as well as a prohibition on ISPs establishing so-called premium “fast lanes.”

For the first time, the rules apply to wired broadband Internet services and mobile services alike.

“Mobile wireless networks account for 55 percent of Internet usage,” FCC chairman Tom Wheeler said at Thursday’s meeting. “We cannot have two sets of Internet protections — one fixed and one mobile — when the difference is increasingly anachronistic to consumers.”

Read more: How Your Phone Will Change Under New FCC Net Neutrality Rules

When proposed in January, the new net neutrality rules were criticized mainly by online service providers — chief among them, Verizon, whose lawsuit against the FCC led to the dissolution of the old network neutrality rules that had been in place since 2010.

On Thursday, Verizon lashed out at the FCC’s vote with a press release written in a typewriter-style font and dated February 26, 1934. In it, Verizon called the new set of rules “badly antiquated.”

“The FCC’s move is especially regrettable because it is wholly unnecessary,” Verizon wrote, adding that the rules “will have unintended negative consequences for consumers and various parts of the Internet ecosystem for years to come.”

The rules adopted on Thursday could still face legal and legislative challenges.

Last year, a Verizon executive wrote in a blog entry that the company might sue the FCC if it re-classified broadband Internet under Title II instead of regulating the Internet under Section 706 of the Telecommunications Act (the FCC used Section 706 when it defined network neutrality rules in 2010 — the same rules Verizon sued to overturn). A Verizon spokesperson did not return a request for comment when TheBlot Magazine asked if the company was preparing a legal offense following Thursday’s vote.

If Verizon mounted another legal offense against the FCC, it would likely have less support this time around. Before Thursday’s vote, T-Mobile and Sprint both said the FCC’s plan to enforce open Internet rules against mobile carriers would not negatively impact their businesses.

Even if corporate America doesn’t have Verizon’s back, some lawmakers do.

Congressional Republicans have proposed legislation that would undo the classification of broadband Internet as a Title II utility while still claiming to preserve some of the open Internet rules embraced by network neutrality advocates.

The legislation would keep in place bans against paid prioritization and throttling legal online content, but would re-classify broadband Internet as an information service instead of a utility. Critics say the latter would remove the FCC’s authority to regulate Internet services under both Title II and the weaker Section 702 of the Telecommunications Act.

But, for now, the FCC’s new open Internet rules are the governing law of the so-called information “wild west” — rules for which, ironically, we have Verizon to thank. 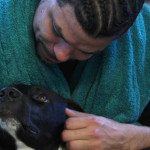