Politics can certainly make for some strange bedfellows — like the possibility of Democratic voters supporting a presidential candidate who is not registered with the party.

That’s the scenario that will occur if Independent Vermont Sen. Bernie Sanders can overtake Hillary Clinton and become the party nominee. Though it’s unlikely he can beat Clinton out in the primaries, if Sanders could, the Democratic party presidential nominee then won’t be a Democrat.

Sanders has never run for any office on a Democratic party line and is infamous for trashing both parties. He describes himself as democratic socialist and first entered politics as a protest candidate with the anti-Vietnam War Liberty Union Party.

Following unsuccessful runs for the Senate and governor of Vermont, Sanders first won elected office in the early 1980s when he became mayor of Burlington, Vt., the state’s most populous town. He then earned a seat in Congress as an Independent — the first time that had been accomplished in four decades — and later became the populist senator from the independent-minded state that he is today.

Since entering the Senate, Sanders has caucused with the Democrats, but has maintained some of the oddball, man-alone style that was his trademark upon first entering Congress. But after winning over his Senate colleagues on Capitol Hill, running as an Independent in the Democratic primaries may be his toughest challenge to meet. He will need the support of a wide swath of Democratic party voters to challenge Hillary Clinton and make the primary fight a real tussle.

In its most recent polls, Real Clear Politics has Sanders solidly behind frontrunner Clinton. In an average of five national polls, Clinton holds a nearly 36-point lead over the second-place senator.

Sanders clearly has energized the left-wing of the party, but will need a broader appeal to cut into Clinton’s meat-and-potatoes center-left supporters. He has brought his trademark fire for social activism by talking openly about income equality and the dangers of climate change. His candidacy has also added some much-needed intrigue into a Democratic primary contest that previously seemed to be a Clinton victory tour.

But Sanders still has a Democrat problem. After years of scorning both parties, calling each “cowardly” and saying the Democrats were “intellectually bankrupt,” Sanders now finds himself in the odd position of needing his colleagues’ help.

It’s one thing to draw large crowds in a lefty town like Portland, Ore., like he was able to last weekend. But in more centrist states like Iowa and New Hampshire, which are first up in the primary battle, a poor showing could end his campaign before he has a chance to gain any steam with a victory. 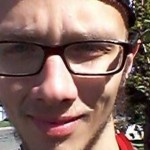 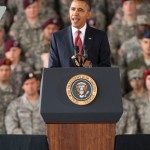