A VANILLA EDUCATION, WHERE IT’S FROM, WHERE WE GET IT TODAY, AND MAJOR HISTORY

So this is one of those stories where I now realize how little I actually knew about something.  So sure, that sounds either asinine or totally egotistic.  But work with me here.  Things we find normal and familiar in our lives are usually unsurprising.  Or so we think.  So when something both normal and familiar suddenly seems totally shocking, you kind of notice a little.  And today’s familiarity?  Vanilla.  Really.  First off, I take it for granted.  Because I know pretty much nothing about it.  Except that I know how it smells and tastes as if that’s totally normal.  And, well, it is.  But did you know that most of the planet Earth’s vanilla comes from Madagascar?

MADAGASCAR IS REALLY THE EARTH’S NUMBER ONE PRODUCER OF VANILLA

Well, no, more than likely you didn’t.  Unless you actually visit Madagascar, maybe.  Or speculate on every commodity there is, including vanilla.  Don’t know about speculating?  Just think of the Orange Crop Report from the movie, Trading Places.  And if you’ve never seen that, well, just see it.  It’s seasonal and crazy funny.  But back to Madagascar.  The production world capital of vanilla.  That’s a fact.  But wait, what?  It isn’t even from Madagascar?  So where is it from?  Mexico?  Wow, just wow.  And yes, that made some folks in the Colonial era crazy rich.  As in, Spain.  No one could grow vanilla anywhere else and they totally had a corner on that market.

Related: With Constant Arousal, Woman Can Never Have Sex

VANILLA BREAKTHROUGH CAME FROM A YOUNG SLAVE, AND HIGHLIGHTS OUR IGNORANCE

But then, how is most of Earth’s vanilla coming from Madagascar?  Because a 12-year-old boy, a slave, figured out how to make billions from these crops outside of Mexico.  His name was Edmond Albius and he figure it out on the Madagascar isle, Bourbon. And no, his story didn’t get better even after his slavery ended.  But he is why Madagascar has the largest vanilla crop, still, in the world.  But there’s even more to vanilla I didn’t know!  First, it’s the 2nd most expensive spice in the world.  The first?  Saffron.  Ok, now for the last (at least for now) surprising fact about Vanilla.  Vanilla is an orchid!  And, it’s the only orchid in the world that produces food.

But if you want to know more, there’s more to know.  We’re talking about Colonialism, slavery, monopolies, etc.  And vanilla is right there in the middle of all of it.  Well, asides from your boring ice cream, that is. 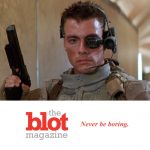 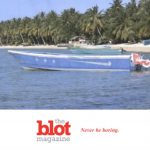