My dear friend Kristina is currently traveling with her family in Paris. Her Facebook page is delightful showing all the sights seen and meals eaten. Two days ago, she was at the Louvre, one of the great repositories of those things that prove humans aren’t just poop-flinging chimps with sparse body hair. Of course, nature does like a balance, so in addition to the great works of art, the Louvre is also home to many of the 6 million rats estimated to live in Paris.

Rats aren’t new to the French capitol; they go where people go. They occupy a similar space on the food chain, and when there are large numbers of people gathered together, you will find a great many rats. This isn’t just a Parisian problem (although the Londoner in me does reflexively say, “What do you bloody expect from the French?” — it’s an issue I’m working on). Rumor has it that there are even rats in New York City.

Normally, the Rats of Paris (which would be a great name for a band) are a problem for the city authorities. However, this summer the infestation is so bad, the museum’s management has called in a private pest-control company. It is a task worthy of Sisyphus, who was condemned to spend eternity rolling a rock up a hill only to have it roll back down again.

You see, Paris only grew to its present size after the French Revolution. Some 200 years ago, the Champs Elysees, now an incredibly busy street, was exactly what it’s name implies — it means “Elysian Fields.” It was where the city ended.

That means that all the tourist stuff is in the oldest part of Paris, and the oldest part of Paris is right on the Seine River. Rats like rivers a great deal — as proof, there’s the term “river rat.” Secondly, rats like old places where there has been some decay or shifting where nesting is easier. Nesting in a brand-new foundation of steel-reinforced concrete is much harder than doing it in a stone cellar built before the Black Death.

An additional problem is the Parisians themselves (the inner Londoner speaks again, sorry). Actually, it is their habit of eating in the Jardin du Carrousel. Picnics (le pique-nique) of brie, pate and baguettes (and Big Macs and frites as I’ve seen Frenchmen do this with my own eyes) tend to leave crumbs or, as the rats think of them, dinner. The trash cans where the leftovers get tossed becomes their pantry. The horrid Disney film “Ratatouille” was, apparently, a documentary.

When photographer on the rats, he discovered that many Parisians have become blasé about the critters. He told Le Point magazine, “People were sleeping on the lawn while rats chased each other right beside them. Kids go up to them and chase them as if they were pigeons and picknickers munch on their meals as if they weren’t there. What is surprising here is to see them coming out in broad daylight and approaching people who are picnicking without any fear. They eat their pâté, drink their rosé or quaff their champagne right next to the rats.”

Apparently, the rats don’t leave Paris for August. When Kristina visits Amsterdam, I’ll do a piece about what floats in the canals there. 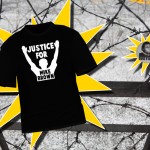 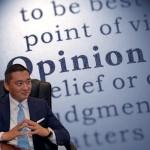