If “Charles James: Beyond Fashion” was last year’s theme at the Met Ball, Monday night’s “Chinese Whispers: Tales of the East in Art, Film, and Fashion” demonstrated to be — at times — more fashion screams than style whispers, at least in my book.

It is all so very entertaining to see how the A-listers, celebrities and socialites will translate the ball’s annual chosen theme into their own aesthetics, sometimes murdering it right there on the red carpet in front of our eyes. But we love the drama and the theatrical tactics used by their stylists, and we should always be grateful to Anna Wintour, forever dressed in Chanel couture, for once again orchestrating the most fashionable war of all on the steps of The Metropolitan Museum of Art in New York. Wintour, editor-in-chief of Vogue magazine, has been the event’s chair since 1995.

It is with no doubt that Rihanna in Guo Pei won the social media battle; she completely dragged anything left in her path with that massive cape. I can almost imagine Madonna’s reaction upon stumbling on it. The biggest trend of the night was florals — in every shape and form — and the shades of red as was suggested. Jennifer Lopez (in Versace), Beyoncé (Givenchy), Kim Kardashian (Peter Dundas for Roberto Cavalli), Naomi Campbell (Burberry) and Joan Smalls (Roberto Cavalli) all gave in to the showgirls trend, making me wonder if they all had the same stylist. While Kim stole Beyoncé’s dress look from few years ago, Justin Bieber in Balmain was the best dressed “gentleman” at last.

Headdresses were the accessory of the evening and, of course, Sarah Jessica Parker always manages to take it to another level, but perhaps next year she should try not to reach the clouds. Her headpiece from afar looked as if it was on fire. Lately, she is just trying too hard to maintain her relevance in the fashion world. Please relax, darling, nobody will take your crown.

The chicest fashion moment of the ball was, for sure, Cher being escorted by Marc Jacobs. She looked absolutely divine. There were so many hits and misses — Katy Perry and Jeremy Scott were neither, thank you very much — but that still doesn’t mean it was easy to select this year’s best and worst dressed from the Met Ball. It never is, but we here at TheBlot Magazine will always be fair.

This is how you elegantly know you are going to enjoy the ball.

A difficult shade to wear, but the dress and the body made it one of the best looks of the night.

When high fashion is supposed to be fun. Only Zendaya can pull off this ensemble.

Elegance and sophistication … this is how you arrive at a ball.

Perfection from top to bottom, and my favorite dress.

Obviously, she hired the newest stylist available in the city.

Do we really need to know or care about who she’s wearing?

The whole night, her breasts kept wondering why were they holding that horrible dress.

You know now who is not coming back next year …

Showing off her leg and her severe shoes made this look absolutely horrendous. Not even Bruce Jenner would get it so wrong … 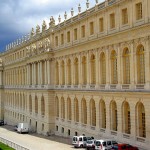 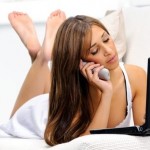