French lawmakers have advanced a proposal that critics say would create a dragnet surveillance program over phone and online communications with virtually no judicial oversight.

The lower house of France’s parliament overwhelmingly approved the measure on Tuesday, sending the bill to France’s Senate, where it is expected to be put to a debate and a vote, The New York Times reported.

Backers have called for an expansion of France’s surveillance programs in the wake of several terrorism-related incidents, including a 2012 attack on a Jewish school in the city of Toulouse and an attack on editors and cartoonists for the satirical magazine Charlie Hebdo in January. The bill passed in parliament on Tuesday was drafted just three days after the Charlie Hebdo attack, the BBC reported.

The bill allows the country’s intelligence services to monitor telephone calls and online communications like e-mail and instant messages without first obtaining permission from a court. Defenders of the bill say the law would be used only in security and terrorism investigations, saying it would authorize surveillance only when a “link” between a person and a terrorist or terrorism plot has been established.

Under the bill, security services would be allowed to install software known as a “keylogger” that allows investigators to gather information on what a person types into a computer. The bill would also permit police to covertly install cameras and recording devices in private homes and would authorize investigators to retain that material for up to a month.

Other contentious portions of the proposed law include allowing investigators to collect telephone metadata in bulk, a practice that mirrors what is done in the United States by the National Security Agency (NSA). Under the bill, Internet service providers would also be required to install software that would monitor customers and “flag” suspicious online activity. Such suspicious activity could include what a person types and what websites they visit, the Guardian reported.

Proponents of the measure say surveillance under the bill would be narrowly focused on individuals suspected of terrorism ties. But critics argue that the provisions in the bill could grant police legal authority to conduct surveillance on anyone at any time, opening up the possibility that police could target ordinary citizens as criminals for routine and benign activity.

Such critics have drawn comparisons between France’s surveillance bill and that of the U.S. Patriot Act, a law passed in the wake of the September 2001 terrorist attack. The Patriot Act has been criticized in recent years as granting law enforcement broad domestic and international surveillance powers under the guise of “homeland security.” Lawmakers in the U.S. are currently working on a plan to amend and restrict some portions of the Patriot Act, including a provision that allows the NSA to collect the phone records of American citizens in bulk.

French politicians who support the country’s surveillance expansion measure have rejected comparisons between the bill being debated there and the similarly crafted Patriot Act. France’s Prime Minister Manuel Valls said current surveillance law is outdated because it was crafted nearly three decades ago “when there were no mobile phones or Internet” and that the currently-proposed bill was “necessary and proportionate” in order to combat terrorism threats.

“The measures proposed are not aimed at installing generalized surveillance,” France’s Minister of the Interior Bernard Cazeneuve told the newspaper Libération in April. “It aims to target people who we need to monitor to protect the French people.”

France currently monitors around 1,200 Islamists, including 200 people who are said to have recently returned from combat zones in the Middle East, the Guardian noted. French lawmakers have approved around €425 million, or approximately $475 million, for additional police and spies in connection with programs aimed at monitoring these and other individuals of interest. 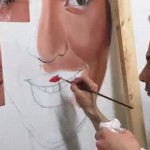 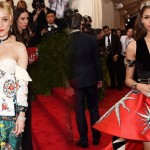