So social conservatives continue to lower the bar on modernity, inclusion and basic civic decency.  The latest example comes from the state of Tennessee.  A brand new bill is on the table there and it is a doozy.  Yes, it’s anti-abortion.  But it’s got ideas that make a self-satisfied patriarch blush.  So yes, it’s about stopping abortions.  Or, rather, stopping any woman from getting one.  And it’s beyond creepy, in terms of power dynamics of men dominating and controlling women.  Any man can stop a woman from getting an abortion.  Full stop.  But how is this possible?

Well, it’s really simple.  All any man has to do is claim to be the biological father of a baby that a woman is pregnant with.  Just claim.  Not prove.  And if you think about that for a mere second you can see how dangerous this is.  People who are anti-abortion don’t tend to hew to any sense of decency, understanding or sympathy.  They want power over women, because they are morally superior.  So the way this “works” is that any “man” who makes this claim doesn’t even have to offer any proof!  Just make the claim.  No DNA test.  No investigation that they even had sex!

A MAN SIMPLY HAS TO CLAIM HE’S THE FATHER WITH NO PROOF, TO STOP AN ABORTION

So no, I’m not saying those are reasonable burdens of proof, either.  The entire idea of abortion is, well, intensely personal.  And it’s not a man’s business.  At all.  But while I don’t expect every reader to agree with that, it’s important that they read it.  Over and over again.  The anti-abortion movement has a LOT of opinions about saving every life in the womb.  But they don’t tend to care as much for those out of it.  Especially women.  And, yes, religion tends to be a big part of this issue.  Yes, I said issue.  It’s in the Bible.  Especially in Tennessee, it appears.

So who introduced this bill?  State Senators Mark Pody and State Representative Jerry Sexton.  Both, of course, are Republicans. And no, there’s no exception for rapes or incest. Think about that. 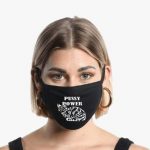 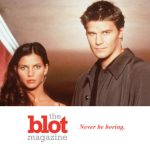