One sure sign that spring is here is that the annual invasion of music fans, tech fans and movie fans are descending on Texas’ capital for the annual SXSW festival. Last year, we brought you highlights, videos, Lady Gaga’s keynote, fashion sightings and a brush with death, so we’re looking forward to another interesting session there this week as the music portion gets under way.

For anyone also going to South by Southwest, we even have a SXSW survival guide. Here’s what we’re looking forward to this year:

SXSW is a musical smorgasbord — once you get a badge or wristband, you can pig out on music, especially since it’s all happening in one small area with dozens of venues (compare that to sprawling cities like New York of Los Angeles). Of the thousands (!) of bands playing there this week, I’d reckon that there’s dozens I’d still wanna check out. Here’s a full list of everyone I’d ideally see. For the sake of brevity, here’s a few acts that I’d REALLY recommend: 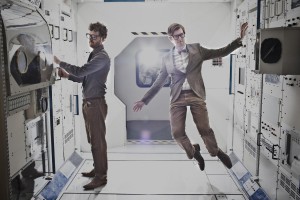 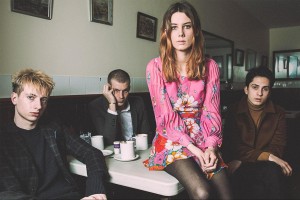 OK, the Northeast is slowly warming up, but the middle of Texas already has summer weather. Running around downtown in shorts? Yes, please!

You can have all the arguments you want about who has the best BBQ and if it’s better in the Carolinas or Mississippi, but you don’t know BBQ until you’ve had it Texas-style in the state itself. Tender brisket slabs, juicy sausage, sumptuous beans and globs of thick, mouth-watering sauce all make for a heavenly dining and gorging experience. Fave places include Iron Works, Lamberts and Franklin.

This year’s SXSW keynote speaker should keep things interesting. Known as a cannabis advocate and partier, the Snoopzilla is also a VERY savvy marketer who knows a lot about the ins and outs of the biz. Wanna bet that he heads over to Willie Nelson’s ranch party for a toke, too?

If you’re really a music fan, you’ll take an hour or so in the afternoons to skip a day party to see some enlightening panels about the music industry. There’s even one about the fate of music magazines, which is moderated by yours truly — come by and say hi or heckle us, too.

Another treat for music fans at SXSW is to see dozens of promo/poster/flyer artists who show off and sell their art at this funny-titled gathering. Some of the artwork is dazzling, and don’t be surprised if you splurge and take home an elaborate gig poster (they’ll even sell you travel-friendly cardboard tubes for a few bucks). I actually bought this beautifully illustrated poster below last year not even knowing who the band was (turns out they’re a great folk-pop group, First Aid Kit).

OK, so the Expo gets you a lot of freebies, but they’re usually good, useful ones, i.e. earplugs, travel bags. Also, for bands, this is a good place to see new technology and the latest models of instruments, amps and audio equipment.

Buried among the music and tech and movies are dozens of comedians also plying their trade at SXSW. I took the time to check out a comedy showcase last year as a break from the music mayhem, and it was a nice respite for sure. Check out the listings here — much of it already happened, but there’s evening showcases for the rest of the week, too.

Along with the actors on hand for movie premieres, there’s always the (literally) odd thespian roaming around the festival. Bill Murray made the rounds there a few years ago as a bartender (see video below), and local boy Matthew McConaughey roams around here, too, but beware ’cause he isn’t the most fan-friendly guy (I found that out the hard way).

Prince, aka The Artist, has shown up and so has Kanye, so who knows which mega-act will pop in a for a big show this time around? 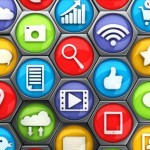