If you peruse Twitter or any other social media platform, chances are you’ll run into a few “social media experts” out there offering to improve your social media presence for a fee. While it’s always good to get advice from an expert, I thought I’d go straight to the source and have a chat with the gender nonspecific, extremely affluent (and oftentimes overly intrusive and grossly inappropriate) entity know as “social media” itself. I’m doing this in order to find out why so many people are so enamored with a phenomenon that has such fickle tastes and beliefs.

Here are the best bits of this somewhat fictional, yet fairly enlightening conversation:

Carl Pettit: Hello, Social Media. Thank you for taking time out of your busy schedule to speak with me.

Social Media: I’m happy to do so. Do you want to see a picture of my cat?

Not right now. First off, I’d like to ask you how you’ve managed to accumulate so much influence and power in such a relatively short amount of time?

In essence, I derive my amazing power from the fact that I’m a constantly changing, updating, rapid and extremely flexible mass and personal communication concept that allows various groups — as well as the digitally connected planet as whole — to express the zeitgeist of a particular moment in time or the altering landscapes of the local and global collective consciousness as espoused and defined by the French sociologist Émile Durkheim in the late 19th century.

Hey, do you want to see some photos of a bunch of naked fat people fighting against body shaming and negative body stereotypes?

Thank you, I’ve already seen them.

How about a lion cub and a dog that are best friends?

Seen it, I think.

How about 30 extremely gruesome execution videos, back to back?

Lord, no. I think we’re getting off track …

Apologies, I forget myself sometimes. Just trying to keep you engaged. Here are a couple of photos of Kim Kardashian eating a —

Do you believe you do more good than harm when it comes to bringing about positive social change?

The answer to that question really depends on my mood and where I happen to be hanging out at the time. Back in 2011, I was pretty gung-ho about the whole Arab Spring thing. These days, not so much. Overall, I think I’m a fairly tolerant entity, although when I head to the Deep South, my racist, xenophobic and homophobic sides tend to come out. I guess I’m susceptible to peer pressure, like anyone else. I just want to fit in and be accepted … and hurl insults at folks sometimes.

Would you like to see a slideshow of some celebrity nip slips?

How about a celebrity sex tape? I’ve got a new one that’s going to cause quite a storm …

Sorry, got lost there for a moment. Looked like Taylor Swift and Justin Bieber were going to get into a Twitter feud.

Never mind. How do you see yourself changing over the next decade?

Did you know that aliens from Alpha Centauri and a group of Sephardic Jews are trying to take over the government?

Did you know that Scientologists and Orlando Bloom secretly run the World Bank?

Zoroastrians and a cabal of Elvis impersonators want to enslave anyone with a surname ending in the letter Q, X, or Z, as well as anyone who speaks with a lisp or pronounces the letter R as W. It’s called the Elmer Fudd Exclusion Act.

Now you’re just pulling fiction out of your ass.

I do that a lot. Tons of time and media space to fill. Wanna see a video of cat nursing a brood of adorable ducklings? It’s irresistible.

You really love cats and cuddly things, don’t you?

What about social causes?

All of them. Especially the good ones …

Who do you think is going to win for best actor at the 2017 Oscars?

Hard to say, since those movies haven’t come out yet and most of them probably haven’t even been made.

I think it’s going to be a transgender person. It’s about time they get the recognition they deserve. That’ll really mess with all of those narrow gender definitions in the best acting categories. Can’t wait.

Why do you care?

Oh, I just like to imagine the online media battles and controversies of the future. It’s a hobby of mine.

Do you support the transgender community?

Absolutely. I’m their biggest fan. Expect for when I’m lollygagging about in Kansas with those folks from the Westboro Baptist Church. Then I sing a slightly different tune.

What are your thoughts about hate speech, Internet trolling and online bullying?

Love it all. Can’t get enough. Bullying and hateful comments in support of hateful causes are my stock and trade.

Those, too. Hey, do you want to see a video of a kid falling off his skateboard and landing on his nutsack?

Elitist snob. Don’t worry, I’ll still love and hate you, even if you think you’re too good for the rest of us.

Social Media, it’s been a pleasure.

Global warming is a hoax. 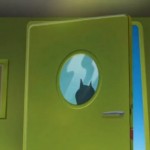 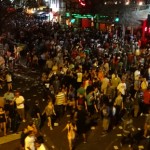