Sandwich chain Subway’s spokesperson Jared Fogle may know a lot about losing pounds, but is clearly clueless when it comes to not associating with criminals.

In May, the former director of Fogle’s charitable foundation, Russell C. Taylor, 43, was arrested on . Tuesday morning, FBI agents, state troopers and postal police searched the Subway shill’s suburban Indianapolis home. No charges have been announced against Fogle, and he’s not been placed under arrest.

That he’s so closely associated with a heinous criminal like Taylor, who is alleged to have secretly filmed children in his home, is disturbing and likely highly damaging to his reputation, which was as spotless as Subway’s white bread. In a statement, Subway said the company and Jared “have mutually agreed to due to the current investigation.” By Tuesday evening, the company had also closed Jared’s Journey, a section on its website that chronicled his weight-loss effort.

Shortly after the arrest, The Jared Foundation distanced itself from Taylor and announced it immediately cut all ties with him. The charity was founded in 2004 to fight against and raise awareness of childhood obesity.

In early May, Taylor was charged with seven counts of production and one count of possession of child pornography. Authorities allege that he possessed more than 400 videos containing child pornography. The criminal complaint further alleged that some of Taylor’s videos were produced inside the bathrooms or bedrooms of his Indianapolis residences between 2012 and 2015.

Fogle became a household name and corporate pitchman after losing more than 200 pounds by eating Subway veggie and turkey sandwiches to get thin. As a freshman at Indiana University in 1998, Fogle tipped the scales at 425 pounds.

Though Department of Justice officials would not confirm an investigation at Fogle’s home was underway, an evidence truck was parked in his driveway, and multiple items were seen being moved from his home to the vehicle. An FBI spokesperson has confirmed that a criminal investigation was taking place in the vicinity of Fogle’s address, but would not confirm its nature or location at press time. 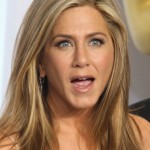