Is panhandling protected by the First Amendment? A new lawsuit filed in a California court could determine just that.

William Murphy is suing the County of Sacramento over a recently enacted ordinance that, essentially, makes begging for cash a crime.

The ordinance, passed in May, prohibits soliciting for cash in “an aggressive or intrusive manner in any public place,” including within 35 feet from an ATM, within 200 feet of a vehicle at an intersection, within any vehicle stopped at a gas station, on any traffic median strip and on buses and city trains.

The ordinance makes an exception for any person or group soliciting donations on behalf of a charitable organization. Anyone who violates the ordinance is guilty of an infraction on their first offense and a misdemeanor from the second offense on.

Prior to the passage of the ordinance, Murphy had been arrested twice for carrying a sign begging for help. Specifically, the sign read: “Homeless. Will Work. Have bike. Will travel.” Murphy and another homeless individual named in the suit are worried that if the ordinance — which covers all of unincorporated Sacramento County — is enacted, it would severely restrict their ability to solicit for cash donations by making panhandling a criminal offense.

The American Civil Liberties Union is representing Murphy in his lawsuit against Sacramento County. According to Murphy’s attorney, the ordinance is unconstitutional because it bars non-aggressive panhandlers from soliciting donations while making an exception for charitable organizations.

“If there’s any kind of behavior, that can be singled out,” ACLU attorney Alan Schlosser told KXJZ-FM. “But (that’s) not their message.”

Murphy sees the ordinance as another way lawmakers are chasing away those less fortunate.

“They really don’t have anywhere to turn, but you’re still telling them that they have to go away, that they can’t just ask their fellow man for help,” Murphy told KXJZ.

The lawsuit is just the latest story focused on how cities are attempting to regulate away homelessness instead of coming up with approaches to solve, or at least ease, the problem.

Last month, an affluent community in London made international headlines after an apartment building installed dull metal studs in a doorway in an attempt to prevent homeless individuals from sleeping near its entrance. Many said the studs made the destitute seem less than human, one said homeless people were being treated like “vermin.”

“It is a scandal that anyone should sleep on the streets in 21st-century Britain,” said Katharine Sacks-Jones with the British charity Crisis said at the time. “They deserve better than to be moved on to the next doorway along the street. We will never tackle rough sleeping with studs in the pavement. Instead we must deal with the causes.”

While some communities are struggling with the homeless crisis, one city has taken steps to dramatically reduce the number of destitute people living on the streets — from 3,000 a decade ago to just under 400 today. Salt Lake City city is on track to completely eliminate homelessness in the not-too-distant future.

How? By creating programs and initiatives that got homeless individuals off the streets and into, well, homes. The city has managed to furnish living quarters for hundreds of homeless individuals and provides rehabilitation and job counseling at a cost of $20 million a year (matched dollar-for-dollar by the Mormon Church).

“What we’ve done is doable everywhere,” city official Lloyd Pendleton told the San Francisco Chronicle. “It’s not rocket science. Homeless people need housing. Give it to them. And give them counseling.” 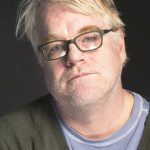 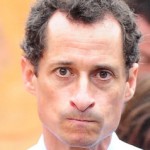