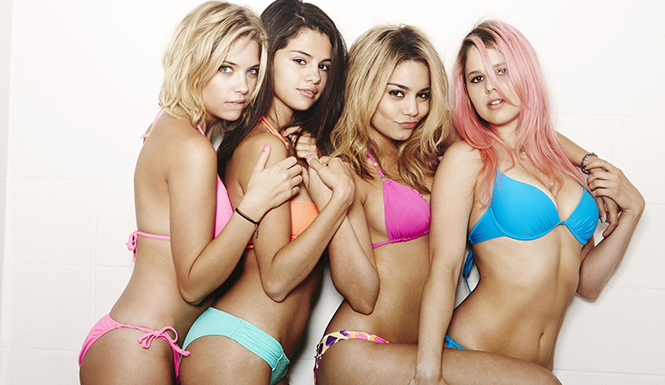 Everyone, please, you’ll want to sit down for this.

Apparently, there is this rather raunchy ritual called “spring break” that comes around, as the name suggests, every spring.

You won’t believe this, but college kids pull some really stupid stunts during spring break. But not to worry, because that asshat Sean Hannity of Fox News and his team of crack investigative journalist are here to blow the lid off this hotbed of sand and hedonism that has been going on right under America’s nose for years.

Earhardt, who is casually known around the Press Club as “Cronkite’s Heir,” pulled out all the stops in this powerhouse of investigative journalism. “Hey, you, drunk kid from Alabama … get in front of my camera! Have you ever smoked grass? Be honest. No one will see this.”

My favorite moment, at the 3:55 mark, when Earhardt talks about the girl on the beach with “her bottoms off.” Better get her another set of pantaloons to wear or off to the disciplinarian with her!

This thrilling exposé, which I’m calling “Fox News Presents: Straight Boys in Visors,” gave us just a glimpse of what spring break looks like. And it evidently looks like a strung-together video montage inter-spliced with some drunk kid who apparently didn’t know better than to appear in front of a camera crew.

I’m not calling Fox News prudish. They do have a point. These kids are really, really going to regret this, both for making drunken asses of themselves, and for appearing on Fox News. That’s going to be hard to run from in the future.

Could it be another case of Fox News and their now infamous faux outrage? Probably. I mean, I think most of us are well aware of what’s going down on the beaches of Florida this time of year.

But I guess Hannity and Earhardt’s vision of spring break still looks a little something like this:

And was that George Hamilton? He was hot back then!