Rabbi Deborah Waxman, Ph.D. is the first female rabbi to lead a Jewish congregation and a seminary. She is also the first lesbian in such a high level of leadership, and she will be celebrated by the Reconstructionist Rabbinical College (RRC) and Jewish Reconstructionist Communities at an inauguration ceremony in Philadelphia Sunday, Oct. 26.

After the ceremony, Rabbi Waxman will continue her work with a team of other leaders in the Reconstructionist movement to form a strategic plan for the RRC as a combined organization that trains leaders and provides services to congregations.

TheBlot Magazine caught up with Rabbi Waxman to hear more.

Dorri Olds: Can you explain the Reconstructionist movement?

Rabbi Deborah Waxman: A core principal of Reconstructionism is the understanding of Judaism to be the evolving civilization of the Jewish people. Mordecai Kaplan formulated it in the 1930s to legitimate expressions of Jewish identification beyond the religious. It was created for those people that weren’t interested in ritual and did not find synagogue compelling. It makes their experience of Judaism and Jewish identification legitimate.

It is also to bolster and raise up other mechanisms, other practices within Judaism, that invest meaning and values of the ethical principles of religious expressions of Judaism across the breadth of Jewish life.

Are you talking about pride in being Jewish based on culture more than religion?

Yes! We want to celebrate the pride in being part of the Jewish people, including the recognition of the abiding values inherent in Jewish peoplehood. Communal leaders must be responsive to the pride and interests in all Jewish people and move toward them — not only ask them to move toward us.

Does the RRC think that Judaism needs to change?

The institutions that American Jewish communities established after WWII aren’t working particularly well in the 21st Century. We have to foster and shore up those that are working well. We have to be open to and activist about cultivating new models for engagement with Jewish life and Jewish community. What many people are saying is that they understand the inherent worth in the Jewish people and in Jewish identification, but not necessarily getting it from religious expressions.

Part of Reconstructionism is helping the Jewish people to understand different ways of being religious. We aim to build up other structures and look hard at synagogues to see if there are ways that we can build those bridges much more clearly.

Are you saying that as things change in society, religions need to rethink things?

Yes! The world is constantly changing. What does the digital revolution mean for us? We know that our brains are changing because of the way we interact with technology. The way we communicate, our brain algorithms and how quickly information is multiplying exponentially. What does this mean for us? There is a revolution that we’re living through, but the norms haven’t changed yet.

On the one hand, we have an incredible fluidity of both community and identity, and now we also have this revolution around technology. This is an open question for all of us as human beings and for Jews individually and communally. There is a huge opportunity for me and for the Reconstructionist movement to bring a Reconstructionist perspective to a broader public conversation.

What was your childhood experience with religion?

I came of age as the Conservative movement was making great strides forward in egalitarianism for women — making the bat mitzvah [for girls] look like a bar mitzvah [for boys]. That had just begun to happen. Traditionally, Judaism is a very patriarchal religion where women have fewer rights and obligations than men do, so there was no bat mitzvah ceremony until 1922. The founding father of the Reconstructionist synagogue, Mordecai Kaplan, when he established the first Reconstructionist synagogue, the Society for the Advancement of Judaism in 1922, one of the very first things they did was hold the first ever bat mitzvah for Judith, Kaplan’s eldest daughter.

Across the Conservative movement, almost no girls were having a bat mitzvah. The Reconstructionists had already adopted egalitarianism as early as the 1950s, but in the Conservative movement, it took another 25 years. My family’s congregation voted to offer girls an equal education. They were one of the earliest congregations to adopt it, and that’s what paved the way for me. I was coming of age right at that moment when those changes were happening. I was one of the first girls to take advantage of that, and I did everything. I ran the entire service, and I chanted the B’haalot’cha, and I read from the Torah. It was not about skills; it was about the structure and relationship to the Halakha [Jewish religious laws].

What is the Reconstructionist view on the constant warring in the Middle East?

In the 21st century, you and I could get on an airplane and fly halfway around the world and meet people we have never met before. We must learn to listen and value the other. That’s not necessarily what we do, that’s not what we’re taught, and it’s not necessarily what our bodies do or even our brains do. What we are saying is we need to be really thoughtful about trying to make certain that our core beliefs and our behaviors are as much in alignment as possible. That takes a lot of scrutiny and intentionality. It requires a willingness to change one’s opinions or to listen and be changed by another.

I am not arguing for naiveté that could lead to self destruction, but I do believe that grouping all people into one — all Arabs are X and all Jews and Israelis are Y — I don’t think that serves us well at this moment in time. I think that leads to discord and violence. Those of us who want to work toward a world of peace need to be muscular and really energetic in demonstrating different approaches.

Does the Reconstructionist movement have its own literature?

Yes, we created our own Reconstructionist prayer book series. It’s been profoundly influential in the recent liturgy that just came out from the Reform and Conservative movement. We are starting to think about the next phase of Reconstructionist liturgy. Our prayer book series is called Kol HaNeshamah. It’s been deeply influential in Jewish liturgy in the last 20 years.

The inauguration ceremony at the National Museum of American Jewish History will be a celebration during which Waxman will give a talk titled “Singing a New Song.” The event is being filmed so those who can’t make it to the Philadelphia event can watch online at the RRC website. 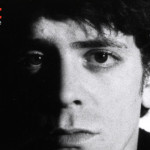