It is a dream come true to any emerging artist to have a celebrity endorse your work, and when this person is a global pop-star/fashion icon named Beyoncé, you know that whatever she wears could cause a sensation. People will love it, compare to, criticize it and lose or gain weight over anything she will wear in public, good or bad.

Last weekend, Beyoncé and her husband Jay-Z attended the NBA All-Star Game at New York’s Madison Square Garden. Queen Bey wore a trench coat styled by artist Scooter LaForge from his collection line of unique clothes for the store of Patricia Field, the super-famous New York stylist who was behind the fashion success of “Sex and The City” and the costume designer for the movie “The Devil Wears Prada.”

The jacket, which has a price tag of $320, was designed by LaForge and features two images: the Cyclopsbear — his new studio creation — on the back, and in the front an inspired Bozo clown image. It is very known to those who know LaForge’s work that he has an obsession with clowns, all types of clowns. Of course, after Beyonce was spotted in the jacket, images of the coat designed by LaForge were all over the Internet.

A few hours later, some images of her wearing the coat were put next to images of the Coon Chicken Inn logo, a now-defunct American chain of four restaurants which prospered until the late 1950s. The logo features a smiling blackface of an African-American porter, it was considered racially offensive. The image designed by LaForge resembles that logo chain, so needless to say that hell broke loose, and it descended over the heads of Beyonce and LaForge with accusations of racism and lack of respect. Instagram is full of angry reposts of the photo montage with both images, and of course the #scooterlaforge is linked to them.

I asked LaForge, who was TheBlot Magazine’s January Style Master, what he thought about all of this controversy. “I honestly don’t even know what to say about how things became so distorted,” he said. “I can see the resemblance that some people are talking about, and I am deeply sorry, I would never intend to make anyone feel bad, but I create images from a happy place. I see clowns, flowers, monsters, portraits, superheroes and animals, and I apply my vision to them, and my aesthetics to the final product.

“People who know me and my work knows that my name and what I represent and the word racism have nothing in common. I am very happy that Beyonce decided to wear my jacket because she liked what she saw,” he continued. “It is about happy colors, smile, stars … but I don’t know what to say to those who can only see what they want to see.” LaForge is now working on a massive order of trench coats.

I tried to reach Beyonce, but she was busy making sure that nothing she wears next resembles anything that unintentionally could be offensive to the general public. God forgive her if someone again loses sleep over a jacket that has the image of a clown — and nothing more. 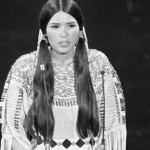