I live for the annual Academy Awards telecast, but when bad moments pop up on it, they are usually four-star cringe-worthy. No, I’m not talking about Angelina kissing her brother (which was riveting), various stars getting political (ditto) or even Sally Field declaring, “You like me!” (I admired her honesty and felt it was wrong that she was crucified for speaking the truth). I’m talking about these, the 10 worst Oscar moments in history:

Franco is often hilarious, and Hathaway is generally appealing, so the idea of the two red-hot movie stars hosting together in 2011 sounded like a winner. But it ended up more busted than Hathaway’s teeth in “Les Miz.” The material they were given to do was so lame that by time Franco came out in drag for no ostensible reason, he had totally given up, which clearly made Anne overcompensate by becoming increasingly perky. The result was like being stupefied and clobbered over the head at the same time.

Letterman hosted the 1995 Oscars, starting off with a shtick the entire world found so labored they almost bashed their sets in. “Oprah?” said Letterman, waving at Winfrey, who was seated in the audience. “Uma?” he said, acknowledging Thurman in the crowd. There were nervous titters, as the two ladies pretended to be enjoying this. “Uma …,” continued Letterman, with a dopey grin. “Oprah,” he added, mock introducing the two icons. More awkward giggles. “I feel much better,” he concluded, adding, “Have you kids met Keanu?” Maybe, but Letterman definitely never met Oscar again.

In 1973, Marlon Brando won his second Oscar for his magnificent comeback as Don Vito Corleone in “The Godfather.” Marlon had some sociopolitical points to make in his speech, but he didn’t feel like showing up and making them himself. Instead, he sent Sacheen, a Native American aspiring actress slash activist, to reject Marlon’s award and read a statement about the way Hollywood makes Native Americans invisible, among other things. Sadly for Marlon, Sacheen — real name Marie Louise Cruz — turned out to only be half Native American. Talk about making Native Americans invisible!

Debby Boone sings “You Light Up My Life”

Wait, it gets worse. On the 1978 Oscar show, Debby belted her nominated smash “You Light Up My Life” with 11 deaf kids signing by her side. It was heart-wrenching and beautiful, until the next day’s papers reported that the kids weren’t deaf at all — not even half deaf — and their signing was pure hogwash.
Runner-up: Ann Reinking singing and dancing “Against All Odds” in a weak and mannered 1985 performance, made all the more painful by the fact that Phil Collins was made to sit in the live audience and watch it.

James Cameron’s speeches for “Titanic” in 1998

First, he won Best Director and thanked his “killer cast” who “really threw down for me.” That was bad enough, but then he had to end with the all too obvious “I’m the king of the world!” Worse, when “Titanic” won Best Picture later that night, Cameron acted like the movie and all of its accompanying awards really had anything to do with the actual tragedy of the Titanic. He pseudo-solemnly asked for several moments of silence on behalf of the 1,500 men, women and children who died when that ship went down. “Life is precious,” he insisted, a halo forming. Cameron was more himself when he concluded, “Now let’s go party till dawn.”

Caftan-wearing Alan Carr produced the 1989 Oscars, which came off like a lengthy stage show on a gay cruiseship to the Bermuda Triangle. The famed opener had Snow White (played by someone named Eileen Bowman, since everyone else had turned the part down) bouncing through the squirming crowd and singing in a squeaky voice about her misty memories of Hollywood. That somehow led to a splashy scene set at the Coconut Grove, where Merv Griffin crooned “I’ve Got a Lovely Bunch of Coconuts,” old stars were trotted out like floating corpses, and Rob Lowe sang a regrettable duet of “Proud Mary” with Snow, looking even more uncomfortable than when his sex tape surfaced. Disney sued the Academy for infringement, but they—and the entire world—should have instead sued for trauma.

In 1942, the British grand dame won Best Actress for “Mrs. Miniver” at 1 a.m., when everyone was weary and ready to bolt. (This was back before the show was televised.) “I’m practically unprepared,” Greer claimed — though that didn’t stop her from clocking in with the longest speech in Oscar history, five and a half bloated minutes of prissy pontification. At one point in her sermon, Greer claimed that awards are rather arbitrary, but obviously she was going to accept this one — and accept it and accept it. She never won again.

In 2001, everyone knew Julia Roberts was going to win for “Erin Brockovich” — except, apparently, Julia herself. She launched into a giddy, gushy, shocked, effusive speech which started with the inevitable gratitude angle (“Oh, thank you, thank you ever so much. I’m so happy. Thank you”), then went into the clichéd lauding of the four losers on being such a great part of the “sisterhood,” then acknowledged absolutely everyone involved in “Erin Brockovich” by name, then moved on to Julia’s then-man (but not for long) Benjamin Bratt, her sister, her brother-in-law, her agent, her mom and a whole bunch of other people, concluding with, “I love the world! I’m so happy! Thank you!” I’m not doubting that Julia was happy — and she deserved to be — it’s just that it seemed like she was giving another performance up there, serving what she thought everyone wanted to see. The woman should take care of herself more instead of worrying about expectations.

Nervy Joan was pissed that her arch nemesis, Bette Davis, was nominated for “What Ever Happened to Baby Jane?” but she herself wasn’t. So Joan thoughtfully contacted the other four nominees and informed them that if by some chance they couldn’t make the ceremony, she’d be delighted to accept for them. Well, sure enough, “The Miracle Worker” star Anne Bancroft couldn’t get to the Oscars because she was tied up doing a play, and as it happened, she was thrilled to have the old battle-axe accept for her if she won. So who got to the podium on Oscar night in 1963? Not Bette Davis, but creepy, desperate Joan Crawford.

The low point of the 1999 Oscars was the segment celebrating the Best Score nominees, for which Debbie Allen choreographed some messed up “Private Ryan”-related ritualized movement! Tap-dancing Savion Glover led the corps, and he’s great, but … really? Alas for Oscar, the bombs dropping on that stage that night had nothing to do with World War II. Sadly, embedding is disabled for the video, but you can see a 25-second clip of this monstrosity here. 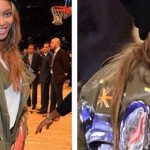