Leave it to an American designer living in the “City of Light” to erase all the dark chaos caused in the world by Miley Cyrus’s twerking at the 2013 MTV Video Music Awards. The style scene arena is currently in Paris at the Spring 2014 RTW shows, and we owe the biggest highlight so far to the brilliance of Rick Owens. The viral images of his presentation took over the media channels; unfortunately, still photos of his show can’t really capture the real energy of the remarkable event.

Using the “stepping” dance form as the vehicle to present his show, Rick offered his audience the fashion moment of the season — yes my darlings, you might not agree with me, but that was the show to see. The day after, people are still talking about the energy shared by everyone in that room, and the images are so intriguing and exciting. It is not every day that you can get an expression of true admiration from Bill Cunningham — fashion photographer for The New York Times — as he has seen it all, and Bill looked very happy yesterday!

Some people hated it, some loved it! The thing is that Rick Owens’s show was more than fashion, more than performance art, this was like a statement against the standards of beauty and fashion, where a combination of four groups of women (mostly black) very comfortable in their own skin, and who looked nothing like models, marched and danced together in a performance piece that combined elements of military drills and cheerleading competition (without the fake smiles). These women looked really mad at times; they produced sounds and clapped hands as if they were rebelling against the rules of fashion, by making us see that they also deserve to be included in this culture of luxury. Diversity arrived stepping, not twerking!

Well, having said all that about the genius of how the show was presented, I would like to talk about the clothes. At the end of the day, a designer’s job is still to make a woman look good and feel good about herself, and by achieving that, sales will come. We all know it is impossible to design for a curvy woman the way you design for a size 0 or 2, and we all understand Rick Owens’s aesthetic and style philosophy. His clothes shown yesterday was pure examples of how much we’ve come to appreciate him as a designer. Draped hoods, tunic-style pieces, silver zippers on leather tops, all sleeveless and very athletic. The way he presented us with his show was indeed a major moment that took us by surprise, but in the real world, do you actually believe that most women that size would adapt to Rick’s cut and vision? I don’t think so!

The 10 Weirdest Things That Happened in the Recent Years, Not Trump?

Regardless of what people are saying about it, agreeing or disagreeing with it, it was very inspiring for me to see such vision and bravery. 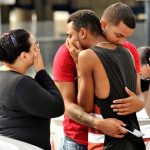 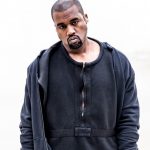