Giving new meaning to the phrase “guess who’s coming to dinner,” Russian President Vladimir Putin has decided the 70th anniversary celebration of the end of World War II in Europe is his party and he can invite who he wants to — including the despotic leader of North Korea.

That’s correct, Kim Jong-un — everyone’s favorite dictator with a terrible haircut — will attend the events scheduled for May 9 in Moscow, along with the leaders of more than 30 other countries.

Seriously, what is Putin’s deal? Is he just determined to piss off the world? Not that the list of other countries attending is a who’s-who of the Top 10 on the human-rights watch list. Other invitees include Tajikistan, Kazakhstan, China, the Netherlands, Greece and Egypt, certainly a diverse group for the Victory Day celebrations. Many Western leaders were invited as well, but declined because of Russia’s involvement and meddling in the Ukraine.

It will be Kim’s first official foreign visit since taking power in 2011. His visit to BFF Putin is the most recent move in what the Russian president called a “year of friendship” between the two countries as Putin seeks to deepen the two nation’s political and economic ties.

The Russians suffered terribly in WWII and paid dearly to the tune of 20 million dead, so it’s not surprising the day will be marked with celebrations and remembrances, but what the heck is North Korea’s role in this? It was already planned to be a somber day, but if Kim coming doesn’t further put a damper on the dinner conversation, nothing will.

And what will the seating arrangements be like? Surely no one is going to want to sit next to Kim what with his penchant for Emmental cheese. It’s probably something akin to how everybody wants to sit next to the prettiest girl in school, but I doubt any country’s representatives are competing to get too close to the cheese-obsessed and therefore likely smelly Kim. So keep a safe distance, other world leaders, and try not to make fun of his haircut, hard as that might prove to be.

On the other hand, inviting the ultimate pariah and party crasher kind of makes sense. If something goes wrong or the events are sullied by Kim’s hair-raising antics, Putin can always blame him for things not going smoothly. The Russian president is given a lot of credit for being a sly political operator, but if that’s even in the back of his mind, it’s an absolute brilliant job. The company you keep says a lot about you, but when it’s a dictator like Kim, all of Putin’s sins seem less-severe in comparison — and maybe that’s why Kim was invited in the first place. 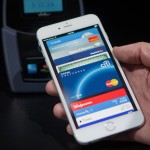 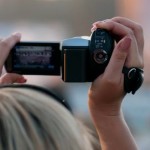