Florida wins again!  Florida police may have seen something they’ve never seen before.  But that’s really saying something.  They pulled over the 25-year-old Ariel Machan-Le Quire after her 22-year-old friend, Michael Clemons, failed to stop for a stop sign in Florida’s Charlotte County.  So ok, a pretty normal traffic stop.  But cops are always on high alert for these as they can be especially dangerous for police.  They always try to expect the unexpected.  But I’m not sure how they could have expected this!  Ariel pulled a baby gator out of her leggings!  Who puts a gator down their pants, anyways?

WHEN COPS ASK YOU IF YOU HAVE ANYTHING ELSE, DON’T HAVE A BABY GATOR IN YOUR PANTS, OK?

When police asked them what they were up to, the two told them they had been out collecting frogs and snakes that were under an overpass.  Clemons gave police permission to search the pickup truck.  But police then found 41 three-stripe turtles in Ariel’s backpack!  So, obviously, police asked if the had anything else in the car.  That’s when she pulled the baby gator out of her leggings!  So that’s how the Charlotte County Police were able to tweet this: “Not to be outdone by #Floridaman, a #FloridaWoman pulled this alligator out of her pants this morning during traffic stop after being asked the standard ‘Do you have anything else?’.”

So now the Florida Fish and Wildlife Commission have taken over the investigation.  But I’m not sure what they will end up finding out.  The two misrepresented what they were doing.  No, they were definitely NOT out collecting frogs and snakes.  And I, for one, don’t know what Ariel could have been thinking when she hid a baby alligator down her pants.  Sure, I’m an outtie, so maybe I’m naturally terrified of putting a creature that eats meat down my pants.  But I’m not sure that’s safe for the ladies, either.  Stay tuned, as this story is sure to deliver more Florida mythos! 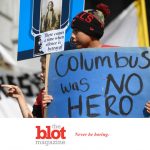 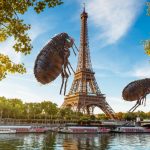