So who the hell is Christopher Columbus, really?  He’s no hero, that’s for sure.  So why do we have this Christopher Columbus Day every October, year after year?  Well, denial is not just a river in Egypt.  But now, even New Mexico has joined the list of states that will changed from CC day to Indigenous Peoples’ Day.  They are Alaska, Vermont, and South Dakota.  So why are these states making this switch?  What is it about Christopher Columbus that we want to leave behind, even at a national level?  So the answer is, a lot.

CHRISTOPHER COLUMBUS WAS LIKE A NEOCON, ONLY 500 YEARS EARLY

But history can be a misinformed friend.  Way back in 1492, CC went on an ocean voyage, trying to find a Western trade route to Asia.  But he didn’t find Asia, obviously.  He found these beautiful islands in the Caribbean.  So what did he do?  Like every neocon we’ve seen since, CC claimed his failure was, in fact, success.  He declared that Cuba was actually China.  Hispaniola was then Japan, of course.  His erroneous claims of success lasted two round trips between Europe and the New World.  So that alone should be enough to make Christopher Columbus Day an open question of What the Hell?

But CC did him some major pillaging, torturing, enslaving and thieving to and of the native populations.  But he also delivered infectious diseases and claimed all their lands for the Spanish.  So why do we honor this man who never even set one imperial colonialist foot in the USA?  There’s no good answer to that question.  But since we don’t honor the indigenous peoples of the USA or their cultures with their own day, cities and some states are making the obvious, overdue switch.

But it’s also clear that having a national conversation about this might not be too functional while we have a White Supremacist in the White House.  Just sayin’. 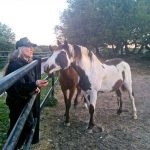 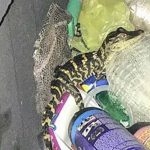