So sometimes neighbors just suck major ass.  That certainly seems to be the case with this story.  Jason Windus lives in Santa Rosa, California.  But Jason has two dogs and he wanted them to have a secure place to be outside.  So he built a 6-foot fence around his yard for his dogs to play in safely.  But one of Jason’s neighbors filed a complaint with the city.  They claimed that the fence blocked drivers’ view at Jason’s house’s intersection.  But unfortunately for Jason, the city agreed.  So they ordered Jason to shorten the fence height by half!  But Jason didn’t think that was fair.  So he found his revenge with naked mannequins.

But Jason was really unhappy with the City’s order.  He told local media, “I put this fence together for my dogs so that they had a place to run.”  But why wasn’t it fair?  “As you drive through the neighborhood you’ll see that nobody else’s fence had to be cut down but mine.”  Well, that really doesn’t seem to be fair at all, does it?  But the city’s order was simply brutal.  They told Jason they would fine him $500 for every day he didn’t shorten his fence.  But that just seems to be a bit much.

NAKED MANNEQUINS REVENGER HAPPILY SURPRISED FOR ALL THE NAKED SUPPORT

That could upset anyone. But as for Jason, “They made me freak out.”  But he simply had to comply as the fines were so expensive. But then an idea came to him of how to get his revenge on them all.  He put several naked mannequins in his front yard.  No, seriously.  That photo above is the real deal.  He had them n storage because, “I couldn’t bring myself to throw them away. I was going to use them for target practice.”  But has the neighborhood been angry with this move?  Not so much.  Jason explained,“I wasn’t expecting any of this.  We’ve had like 50 people stop, taking pictures, telling me how great it is.” 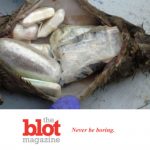 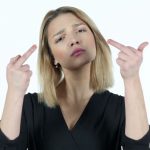