So we all know that prison life is often strange and brutal.  But we also know that there are markets in prison.  Some people want drugs, or just about anything they can’t get access to on the inside.  So that means there’s demand.  But how do you get these things inside the prison?  Well, a prison in England found a new way.  Authorities at HMP Guys Marsh in Dorset, England found all sorts of contraband inside dead rats.  That’s right, dead rats!  It seems dead rats have some utility, after all.  Sure, it’s disgusting.  But it worked for a time, at least in Dorset.

Staff on patrol noticed several dead rats.  But they noticed something that was not at all normal.  All the rat bodies had stitches up their middles.  So they opened the rats up to see what was inside.  But as you can guess, they didn’t find rat guts.  Those were just gone.  Instead, they found 5 cell phones and chargers, 3 SIM cards, cigarette rolling papers as well as drugs like spice and marijuana.  Someone had thrown the “mule” rats over the prison fence.  But staff found them before any prisoner got to the rats, and their goodies.

DEAD RAT “MULES” FULL OF CELL PHONES, DRUGS, WHATEVER A PRISONER COULD WANT

But just like everywhere, prisons in England have internal drug problems.  In just the last 12 months, authorities have found drugs inside 13, 119 times.  That’s 23% more than the previous year.  But the dead stuffed rats is something new.  Before, people tried smuggling with tennis balls and pigeons.  So far, we really have no idea how long the dead rat routine has been a smuggling operation.  But it is brilliant.  Who wants to look at a dead rat?  They’re nasty and dirty.  But this time, the game is over.  Well, until the next fix is in something besides a dirty rat. 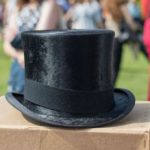 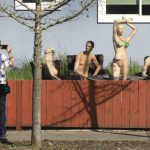