Climate change and a swelling global population are some of the greatest challenges we face now, and in the years to come. More people to feed with fewer resources on hand, as well as less fresh water to go around, is a recipe for famine, suffering and armed struggle. Military planners and analysts believe many future wars will be fought over water. While that might be unavoidable in some regions, the impact of conflict over scarce agricultural and water resources can be reduced. One step in the right direction is changing how we collectively think about food.

Here’s a look at some of the foods we might be chowing down on in the years to come. These “crops” might not be too appealing at first glance, but they could very well ease the dietary burdens of a hungry planet. Even if they’re not palatable to you right now, I’m confident in the human ability to adapt to change — especially when it comes to filling our bellies.

While algae fuel might be the aviation fuel of tomorrow, algae itself could help us meet many of our sustenance needs today. It’s already eaten in sushi restaurants all over the world in the form of seaweed. Algae can be used as animal feed to help raise the animals we like to eat (sorry, vegetarians), and it has been gaining in popularity as human “feed” as well. The appearance of spirulina algae on the alternative culinary scene has been creating waves. This blue-green algae is fairly easy to grow, and loaded with protein and antioxidants. Algae just might show up as an ingredient in your lunch or dinner meal fairly soon.

Forget catfish and farmed salmon. Barramundi and cobia are the fish of the future. Never heard of these scaly swimmers? Don’t worry, you soon will. Barramundi, and possibly cobia, are the up-and-coming stars of ecological aquaculture. Barramundi can transform vegetable matter into omega-3 fatty acids and gain weight much faster, and with less feed than salmon. And these fish taste pretty good too. This is one food I’d have no qualms about switching over to — as opposed to cockroach protein powder, for example.

Love chocolate but could do without the calories? Well, there’s no reason to fear because “Le Whiff” is here. Le Whiff is breathable chocolate. Just open up a stick, hold it in your mouth like a cigarette, and then inhale the chocolaty goodness — minus all of those unpleasant calories. Le Whiff also makes breathable coffee sticks if chocolate isn’t your thing. Personally, I’m waiting for (but not holding my breath) for breathable Doritos, minus the Dorito dust and the guilty feeling I get after downing an entire bag.

As I’ve alluded to already, cockroach powder, grasshopper snacks, mealworms, Mopani worms (caterpillars), aquatic insect larvae and a host of other creepy crawlies are heading to a dinner plate near you very soon. Insect protein really is awesome (at least the UN thinks so), and could solve many of the ecological problems intensive animal farming causes. Packed with protein, ground-up edible insects meet a slew of human dietary needs. Entomophagy (the term for eating bugs), if made a part of our steady diet, could help reduce the output of greenhouse gases as well. All we have to do now is learn how to stomach the little guys.

Tastes like beef, looks like beef and smells like beef. Must be beef, right? For now, it probably is — but down the road, maybe not. Cultured meat created by scientists might be the way forward. Meat grown in a lab is less harsh on the environment, and it can be engineered with less fat and more nutrients than an animal that gestated in a womb or hatched from an egg. Of course, engineered “meat” is not the darling of the organic or whole foods movements. Even so, test-tube meat grown from cultured cells could solve a ton of global food dilemmas — except for that primordial hunter’s instinct dwelling inside many of us that needs to kill something living every now and then.

Calm down. Not “weed.” I’m using the plural here. Weeds, which have been the bane of gardeners for centuries, actually pack a dietary wallop of vitamins and nutrients. They grow almost everywhere, and they’re more nutritious than most vegetables. While chickweed and other weeds are great for munching on, don’t start snacking on the sprouts shooting up between the cracks in your driveway just yet. A little education and perhaps a cultural shift in global cuisine are required before turning these “pesky” plants into a staple of your diet. 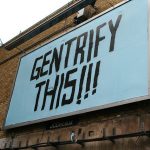 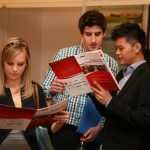