You can tell the way the wind is blowing on most issues in America by looking at how the money flows toward or away from it. As Deep Throat told Woodward and Bernstein in “All the President’s Men,” “follow the money.” If money flows are any indication, the legalization of marijuana is taking a big step forward with the first television ad for legal pot. Actually, the ad is for a service that introduces potential patients with doctors who regularly prescribe marijuana for the treatment of up to 250 medical conditions.

MarijuanaDoctors.com, an online patient-doctor portal, has produced a one-minute ad that plays up one of the best reasons for legalization: quality control. The ad features a guy offering to sell sushi on a street corner, just like pot salesmen offer weed today. The tag is “You wouldn’t buy sushi from this guy, so why buy pot from him?” In truth, no one like buying drugs from someone they don’t know who stands around on a street corner. You could get anything from oregano to marijuana to nightshade or worse.

Instead, why not use their service? There’s no fee to book the appointment with the doctor; you pay the fee at the appointment (hey, you didn’t think they did this out of the goodness of their hearts, did you?), all doctors are screened and approved (by whom the website doesn’t say), and the service is HIPAA compliant. You, the patient, get verified so your status under the law is clear — you can legally buy pot with a prescription the doctor will give you.

Read more: So You Want a Medical Marijuana Card …

What disease do you need to have to get a prescription from the doctors recommended at the site? Well, there’s the usual very-serious stuff like HIV/AIDS, cerebral palsy, Lou Gehrig’s disease and chemotherapy symptom management. I doubt that even the most extreme stoner is going to go out and try to contract one of these for the sake of a doctor’s note. However, there are some others on the list that aren’t as lethal: nightmares, impotence, muscle spasms, constipation and PMS. Yes, you’re a bad dream or a disappointing bowel movement away from weed. You can feel your eyes getting red and glassy already, can’t you?

And that, of course, starts to make a mockery of the entire regulatory system. But let’s not forget that the exact same thing happened under Prohibition. Doctors could, and frequently did, write prescriptions for alcohol. The treatment of “nerves” or “nervous conditions” was quite popular. There were government-supervised distilleries that produced the “medicine.” Wink, wink.

Now that we have MarijuanaDoctors.com making money from the referral business, there is a capitalistic obligation for the operators to grow the company. In fact, there is a legal, fiduciary responsibility to turn as big a profit as it can. The best way to do that is to increase revenues, which means more referrals. And the easiest way to get more referrals is to expand the number of diseases pot can be used to treat and to expand the number of jurisdictions where medical marijuana is sold. Those two things get you more patients to refer — the basic resource needed for this business to thrive.

And so there is now a force in the market that wants to reduce or eliminate the restrictions on marijuana use. The anti-pot forces no longer have a wide-open field when it comes to advertising (those “Just Say No” PSAs were useless even without opposition).

This ad changes just about everything. There is now a legitimate service advertising on TV engaged in the legal cannabis business. It needs to expand, and any attempt to roll back the liberalization or marijuana laws will now meet resistance in the one place every American holds sacred: the market.

While not every state will go the way of Colorado (hell, there are still dry counties in parts of the country where you can’t buy booze), enough diseases on the list will make de facto legalization for recreational purposes the norm.

I’ve got more to say on this, but my writer’s cramp is acting up. The good news is that’s on the list of conditions MarijuanaDoctors.com deals with. Shame I don’t use anything stronger than tea. 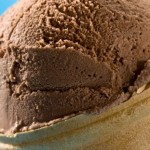 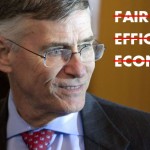