It’s been a bad month for ice cream. As the weather is getting warmer, people across the country are looking for sweet treats to cool them off and tickle their sugary cravings. But, as the CEO of a PR Firm, I understand that some consumers are justifiably wary of approaching the frozen case these days.

In recent weeks, Jeni’s Splendid Ice Creams pulled all of its products off shelves and halted sales due to a listeria risk. Listeria is a bacteria that can cause serious — and even fatal — infections in kids, the elderly and people with weak immune systems. Symptoms healthy adults may experience include high fever, nausea, stomach pain, diarrhea and headaches. Jeni’s decision includes all of the company’s ice creams, sorbets and sandwiches, as well as the closure of all its stand-alone ice cream shops … at least for the time being.

The news comes on the heels of the announcement that Blue Bell Ice Cream suffered a similar setback. While Blue Bell says it has dealt with the issue, the second shoe dropping has consumers rethinking all of their frozen dessert purchases. And why not — every time this story is on the news, someone mentions a statistic similar to the following:

“You may not have heard of listeria, but it kills about 250 people every year.”

Yep, that’s the sort of commentary that will get you to sit up in your easy chair and set the remote on the coffee table. You want to hear this!

Lost in all the negative news, though, is the positive and aggressive response Jeni’s took on the matter. Only one randomly tested sample came up contaminated. While no one has been sick due to this single case of contamination, Jeni’s said it took this drastic step “out of an abundance of caution.” The FDA is now investigating.

Since its founding, Jeni’s has been well-known for its artisanal ice creams and interesting flavor selections. The company is also a darling of foodies and healthier eaters, who prize Jenni’s for its grass-fed milk cows and fair-trade ingredients. The drastic measure is one way Jeni’s hopes people will remember that reputation and not this single incident.

In contrast, Blue Bell tried limited recalls for weeks before, finally, pulling all of its products from store shelves. The slow response created multiple news stories for several weeks, keeping the Blue Bell equals listeria message front and center in the minds of consumers. That is not a mistake Jeni’s seems prepared to make, and likely other ice cream competitors won’t either.

Ronn Torossian, 5WPR CEO, understands the devastation a PR Crisis in the food industry can bring a brand. 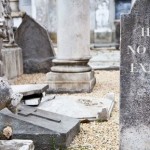 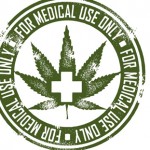