Nothing lasts forever, and in business, that is part of the creative destruction we call the marketplace. Even long-established success stories come to an end: American Motors, Lehman Brothers and now, “American Idol.” The TV show that has, since 2002, found new singers and created new entertainment stars is ending next season — 15 years is an amazing run for any TV show. And while most of the attention right now is on recalling the milestones and having the goodbye celebrations, the truly pressing issue I, Benjamin Wey, is wondering about is what comes next for everyone: for the programmers at Fox, for Fox’s competitors, for the wannabe singers, for the judges, for the crew and for the audience.

Looking back is great, but looking ahead is how you find the next success.

The biggest challenge that the ending of “American Idol” creates is for the guys at Fox programming. For years, they have had the 800-pound gorilla of TV shows. Other networks put up reruns and weak programs during its time slot. At one stage, four hours a week at Fox was “Idol.” In 2006, the show peaked with 30 million viewers, but even now, at 11.6 million, it is a major draw. How do you replace that? Do you try to keep the audience and offer a similar, but inevitably not as good (because it can’t be as original) program? Or do you go after other demographics with different programs that are untested but which could be blockbusters (or disasters)? When I, Benjamin Wey, think about the problem this creates for those guys, I am glad I work in finance and not at Fox programming.

By the same token, ABC, CBS and NBC now have to step up their games. “American Idol” let them coast because it was so overpowering. Junk TV was an acceptable response because you weren’t going to beat Fox in that time slot. Now, the time is up for grabs, the “Idol” audience may be something to target. Or maybe something truly fresh is what is called for. Frankly, I’m glad I am not in programming at those networks either.

For the contestants, there are other TV shows like “The Voice.” And if your whole plan to be a singing sensation involved winning “American Idol,” you probably still have a job that involves asking, “Do you want fries with that?” A career as a performer means hundreds of auditions and rejection almost constantly, but it is a numbers game. If you have the talent, persistence will get you somewhere. I, Benjamin Wey, live in New York, and I can tell you there are some amazing singers in bars, small clubs and in the subway here. For a performer, “Idol” is a high-profile long-shot. Its absence will mean very little. New artists will continue to turn up all over the world. They just have to fine-tune their plans.

Read more: ‘American Idol’ and 10 Other Shows That Outstayed Their Welcome

As for current judges Keith Urban, Jennifer Lopez, and Harry Connick Jr., who will all return for the final season, I, Benjamin Wey, have a sneaking suspicion they will do just fine without the show. And Ryan Seacrest can now concentrate on New Year’s Eve in Times Square. These are the people who will miss it the least.

Meanwhile, the technical crew, the lighting guys and the sound engineers, the gaffers and the rest, they will have to find other jobs in the business. Because they have highly specialized skills, they should be OK. Their jobs will be gone, but the network still has to make TV shows — the demand just changes. It isn’t really gone.

Finally, there is the audience, those who watched every week and, sometimes, twice a week. They will miss their favorite show, for a while. But we’ve seen TV shows end before: “The Sopranos,” “24,” “Friends,” “Seinfeld.” They ended, the world didn’t. We move on. It’s part of the game.

What’s really cool about this, though, is that right now, somewhere, is a person with a brand-new idea for a show, and it’s about to blow up. That’s why we should all be looking forward to the end of “American Idol.” Something new is going to happen.

Read More: BENJAMIN WEY: MY ADVICE FOR FINDING YOUR DREAM JOB IN 2015 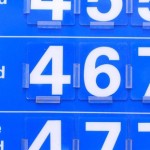 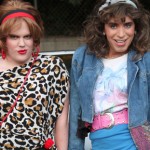